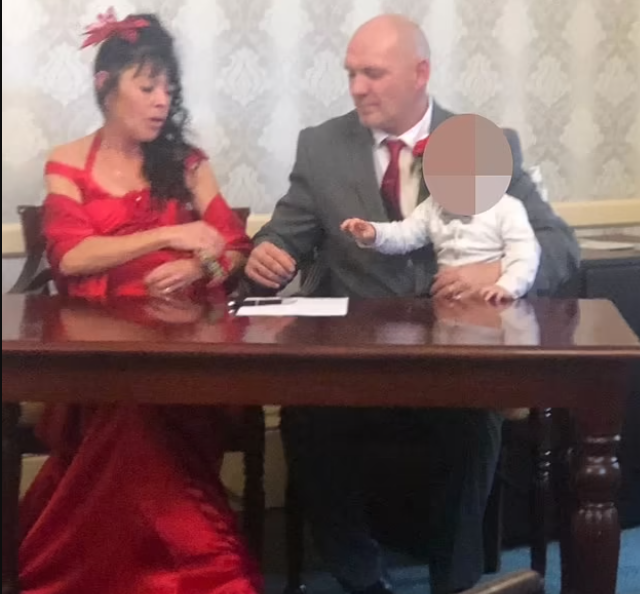 A newlywed husband has been charged with murdering his new bride after her body was found dumped in a suitcase.

Dawn Walker, 52, was found dead close to her home just four days after she tied the knot with Thomas Nutt, 45.

Thomas Nutt was arrested after Dawn Walker was discovered dead in a field near her home in Lightcliffe, West Yorkshire, on Sunday.

Detectives from West Yorkshire Police say they believe the 52-year-old mum was killed between Wednesday last week and Sunday.

Grieving friends had told previously how Ms. Walker and Nutt, 45, got married on Wednesday 27 October after dating for around two years.

Police said Nutt has been charged with murder and is due to appear at Bradford Magistrates’ Court on Wednesday morning.

A spokesperson for West Yorkshire Police said: “Detectives have charged a man with murder in connection with the body of a woman found in Lightcliffe on Sunday 31 October.

“Thomas Nutt, 45 of Shirley Grove, Lightcliffe has been charged with the murder of Dawn Walker which is believed to have occurred between Wednesday 27 October and Sunday 31 October 2021.

“He has been remanded in custody to appear at Bradford Magistrates Court (on Wednesday).

“The Homicide and Major Enquiry Team are continuing its investigation into this matter.”

In a tribute, Ms Walker’s family said: “We write this with a very heavy heart that yesterday we lost a loving daughter, mother, Nanna, sister, Auntie, and friend.

“In circumstances beyond our control, you were taken from us so suddenly. We ask at this time as a family, that you respect our privacy and allow us to grieve.”