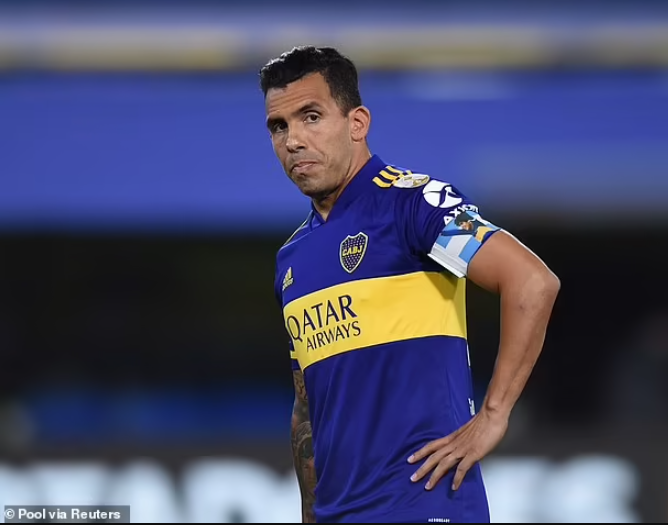 Former Manchester United and Manchester City striker, Carlos Tevez, has disclosed that he has no ‘fire or desire’ to return to the game after leaving Boca Juniors in the summer.

The 37-year-old Argentine spent the last five seasons with his boyhood club before leaving. While he is yet to announce his official retirement, he admits he does not miss playing and is ‘enjoying the moment’ away from football.

Tevez was one of the most prolific forwards in world football during the peak with successful spells with Manchester United, Manchester City and Juventus.

‘I don’t feel the desire to be there when the ball is rolling. On Saturday I had a wedding while Boca were playing and inside I thought that, if I were playing, I’d be missing the wedding,’ the ex-Argentina international explained to ESPN.

‘If that result (a 1-0 defeat to Gimnasia) happened like that, I wouldn’t go because I’d be angry and I wouldn’t take any photos or have a drink; everyone would say Boca lost and Tevez was out partying. Football is like that.

‘Am I thinking about coming back? All my friends and family ask me, but I don’t know where to start. Right now I am enjoying the moment.

‘You start to wonder but in the meantime, I am taking care of myself. I would like something to grab my interest and motivate me or which brings something out of me, but right now, every time I watch Juventus, Boca or a team I’ve played for, I look inside myself for that fire to motivate myself to play for six months or a year longer and I can’t find it.’