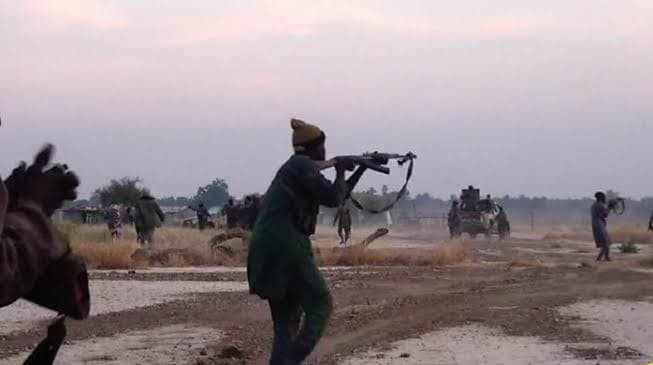 A security source disclosed that they divided themselves into two groups.

While the military exchanged gunfire with a group of the ISWAP fighters, the other group sneaked into the hospital to steal drugs, a refrigerator and some bedsheets.

“They attacked the town from behind, burning down Airtel Mast and ransacking the hospital. They went away with drugs, a refrigerator and some bedsheets,” the source said

Magumeri is some 40 kilometers away from Maiduguri, the state capital.