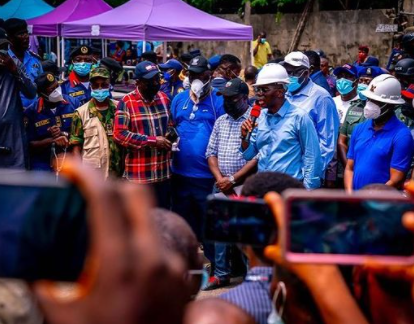 The Lagos state governor, Babajide Sanwo-Olu, has revealed the names of the six survivors so far rescued from the rubbles in the Ikoyi building collapse.

He said three other survivors have so far been discharged from the hospital.

The governor said bereaved families would be invited to identify their loved ones latest Thursday after autopsy has been conducted on the bodies recovered.

He also announced that he would be signing an executive order to give legal backing to the Panel of Inquiry set up to investigate the immediate and remote causes of the unfortunate incident.

He gave the names of those on the panel to be Tayo Ayinde (Chairman); Ekundayo Onajobi (Secretary); Idris Akintilo; Yinka Ogundairo; Godfrey. O. Godfrey and Mrs. Bunmi Ibrahim.