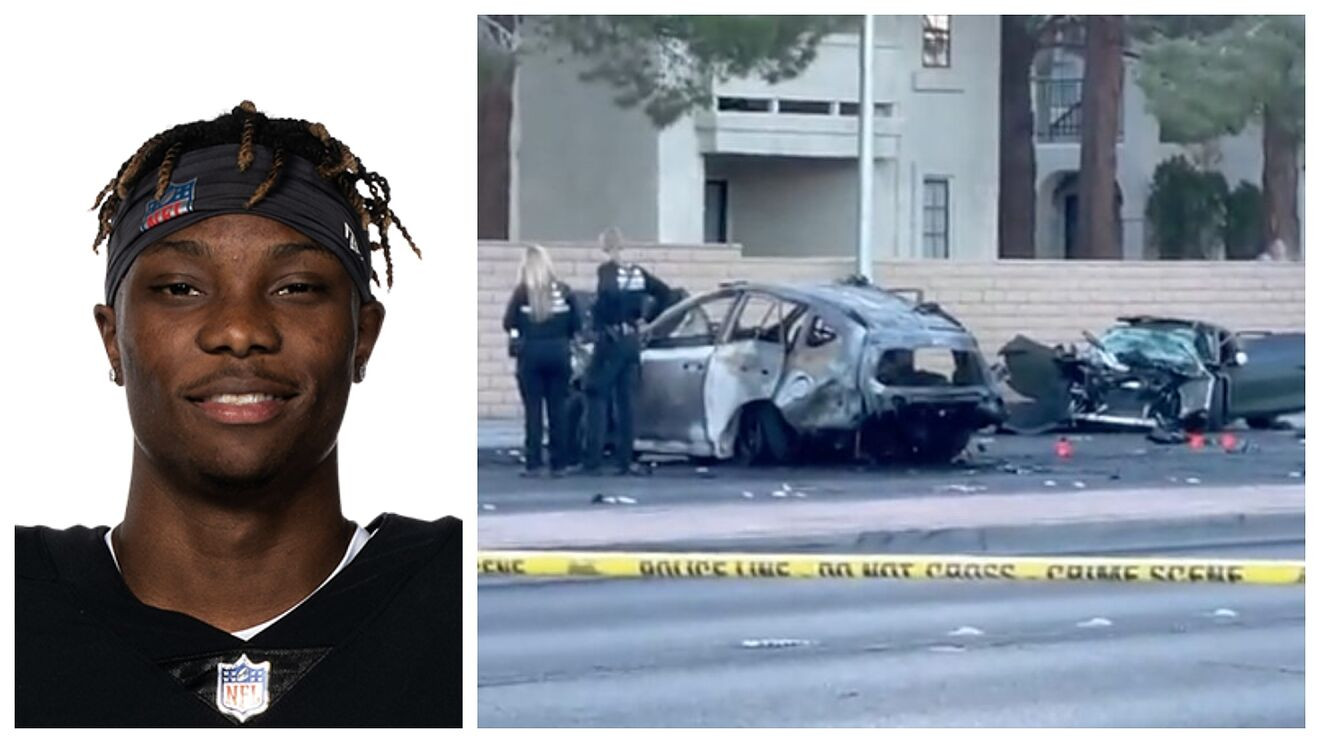 Henry Ruggs III, an American football wide receiver for the Las Vegas Raiders of the National Football League, has been arrested and booked on a charge of DUI resulting in the death of another person following his involvement in a traffic collision on Tuesday, November 2.

The Las Vegas Metropolitan Police Department announced Tuesday that officers responded to a traffic collision involving a Chevrolet Corvette and a Toyota Rav4. Responding officers located the Toyota Rav4 on fire, and fire department personnel located “a deceased victim inside the Toyota,” according to authorities.

In a press release, LVMPD announced the deceased victim was a 23-year-old woman. Pending notification, her name has not been released.

LVMPD identified the driver of the Chevrolet as Ruggs, who remained on the scene and “showed signs of impairment.”

Ruggs, 22, and a 22-year-old female passenger, Kiara Je’nai Kilgo-Washington, were transported to a local hospital to be treated for non-life threatening injuries, per police. Ruggs was booked at 2:11 p.m. PT into Clark County Detention Center.

In addition to the charge of DUI resulting in the death of another person, Ruggs also faces a charge of reckless driving. Any possible bail will not be determined until Ruggs sees a judge.

“On behalf of our client Henry Ruggs III we are conducting our own investigation as of this writing and ask everyone to reserve judgment until all the facts are gathered.”

The NFL released the following statement:

“Our hearts go out to the family and friends of the victim of this horrific tragedy. We will continue to gather facts and monitor the matter under our policies, but our thoughts at this time are with those impacted by this devastating incident.”

The Raiders released a statement Tuesday prior to announcing Ruggs’ release.

“The Raiders are aware of an accident involving Henry Ruggs III that occurred this morning in Las Vegas,” the statement read. “We are devastated by the loss of life and our thoughts and prayers go out to the victim’s family. We are in the process of gathering information and will have no further comment at this time.”

Ruggs was selected 12th overall in the 2020 NFL Draft by the Raiders. In his second season with the team, he had totaled 24 receptions for 469 yards and two touchdowns.

Jaruma replies Regina Daniels; reveals all she did for Regina and her family