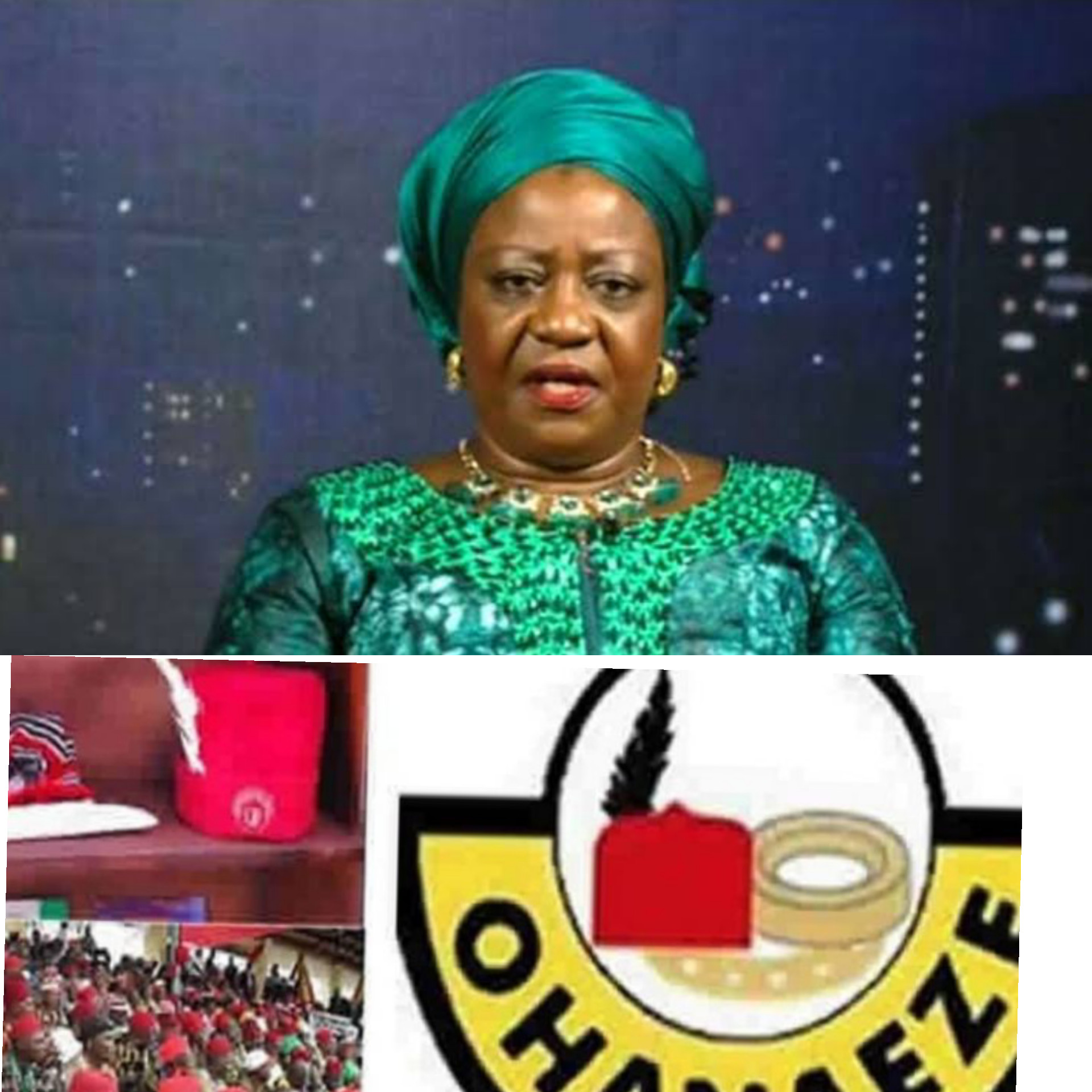 “The entrepreneurs of betrayal have never ended well.”

Socio-cultural group, Ohanaze Ndigbo, has condemned the Senior Special Assistant to President Muhammad Buhari on Media, Lauretta Onochie, for her response after Igbo elders and religious leaders asked for the release of leader of the Indigenous People of Biafra (IPOB), Nnamdi Kanu.

While giving reasons the president would not heed the appeal made by the traditional rulers and religious leaders, Onochie described them as political neonates who are also, ignorant of the laws of the land and questioned their sense of decency.

Reacting in a statement, National Publicity Secretary of Ohanaeze Ndigbo, Alex Ogbonnia, said for Onochie to use such uncouth words as ‘neonates’, ‘ignorant’, ‘lack of sense of decency’, ‘hide face in shame’ and ‘stupidity’, on revered traditional rulers and archbishops was “unreflective, odious, warped, despicable and sacrilegious.”  He also use a proverb suggesting that Onochie wouldn’t end well for betraying her people.

He said the letter of appeal to the president by the council of traditional rulers and the archbishops should make President Buhari discuss with Igbo leaders on the way forward about Kanu and other security challenges in the South East.

He wondered why Onochie should denigrate her kinsmen.

Read the statement below…

“In the first place, I doubt if it falls within the official circumference or schedule of duties of Lauretta Onochie to respond to a letter of passionate appeal to President Muhammadu Buhari on the release of Mazi Nnadi Kanu and other problems currently afflicting Ndigbo.

“It is also curious that the response from Onochie came barely less than 48 hours after the letter was dispatched to the Presidency. Furthermore, most people share the views that the Special Adviser to the President on Media, Femi Adesina or Garba Shehu would have been more articulate and circumspect in responding to a letter from the Council of Traditional Rulers, Archbishops and the Clergy from the Igbo ethnic group.…The obnoxious role of denigrating one’s kinsmen to be fully ingratiated and assimilated in the other group is as old as mankind. However the entrepreneurs of betrayal have never ended well.”