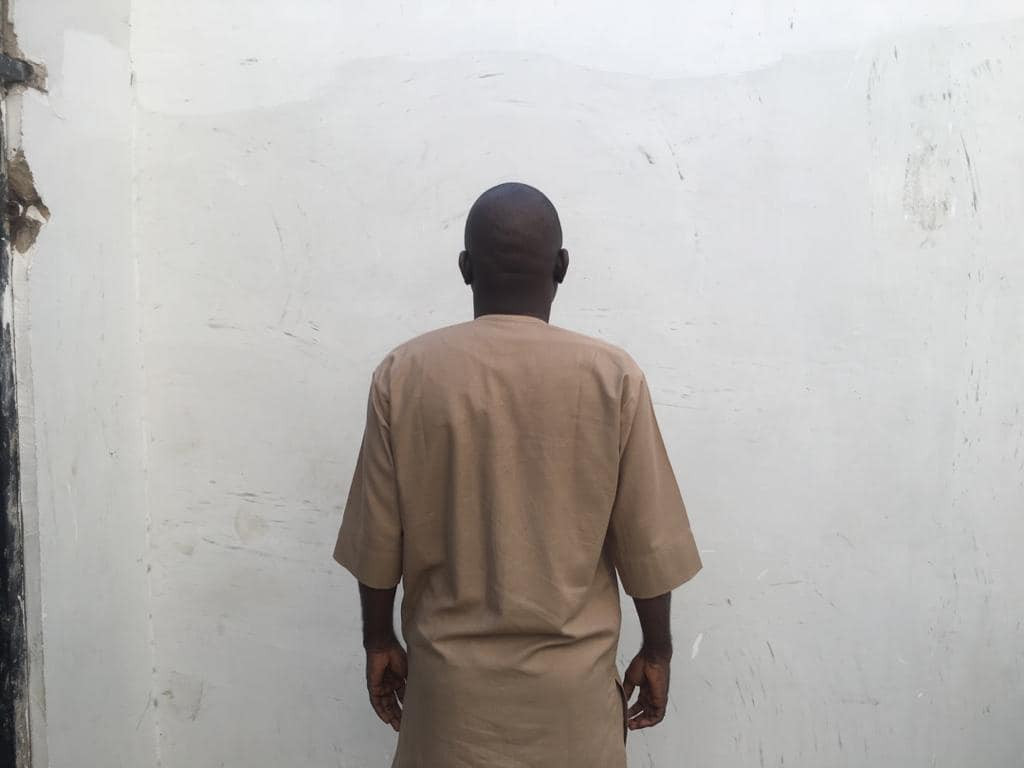 A vigilante group in Kano State has arrested one Sani Saleh who allegedly flashed his pen!s at women publicly.

Salisu Idris, the deputy vigilante commander in Medile area, Kumbotso Local Government Area of the state told BBC News that the suspect has been on their wanted list after they received complaints from several women about his actions.

“Anytime he sees a group of women he will just remove his trousers. Before our men arrive the scenes, he flees,” Idris stated.

“We finally caught him after he harassed a group of girls on Monday, November 1.” he added.