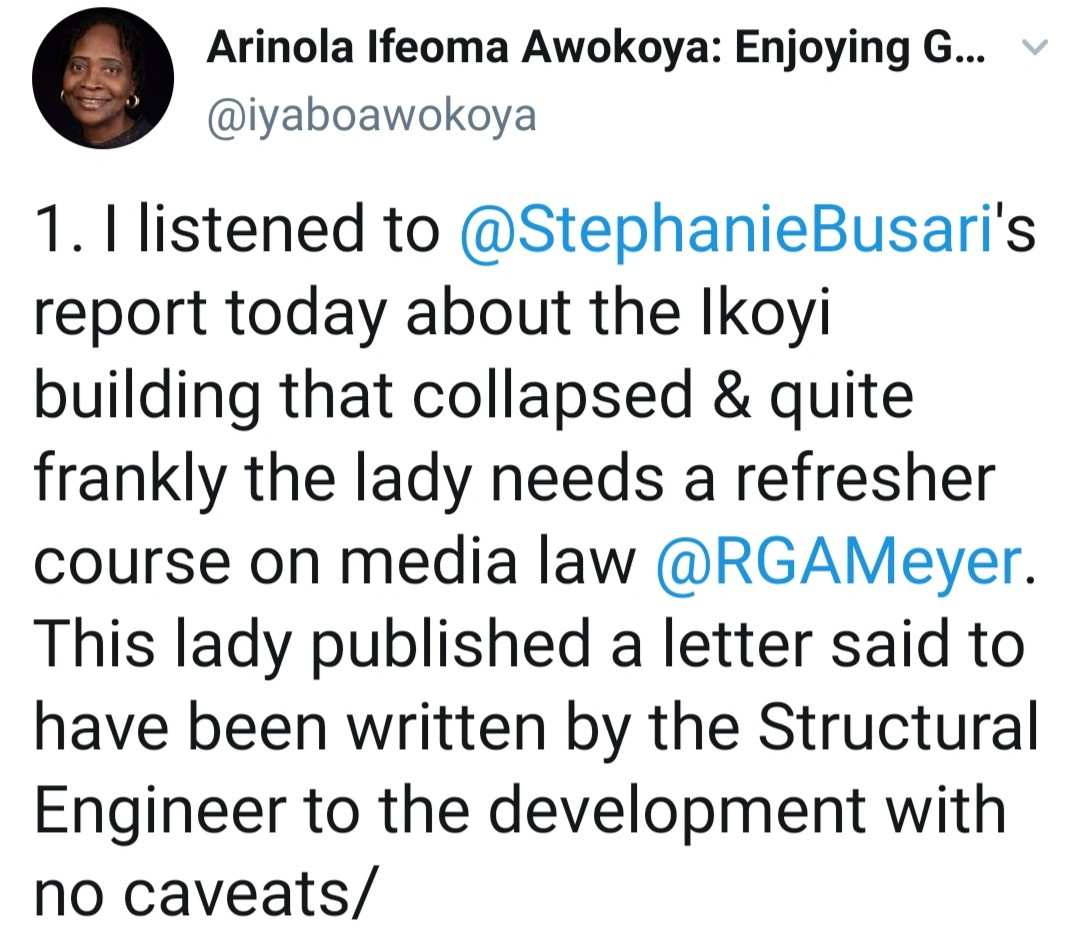 Stephanie Busari, a journalist working with CNN, has reacted after Iyabo Awokoya called her out for a publication she made on the Ikoyi building collapse.

Awokoya, a lawyer, criticized Busari for publishing a letter written by the Structural Engineer to the Gerrard Terraces building project. She accused Stephanie of inviting people to “believe a story that is suspect”.

Reacting, Ms Busari insisted she spoke with the engineer to confirm he wrote the letter and that was included in her report.

“I can always defend what I publish with facts,” Stephanie Busari added.

Awokoya, 60, hit back, accusing Stephanie of refusing to learn and Twitter users responded, dragging Awokoya, who is popularly known as Big Sis on Twitter.