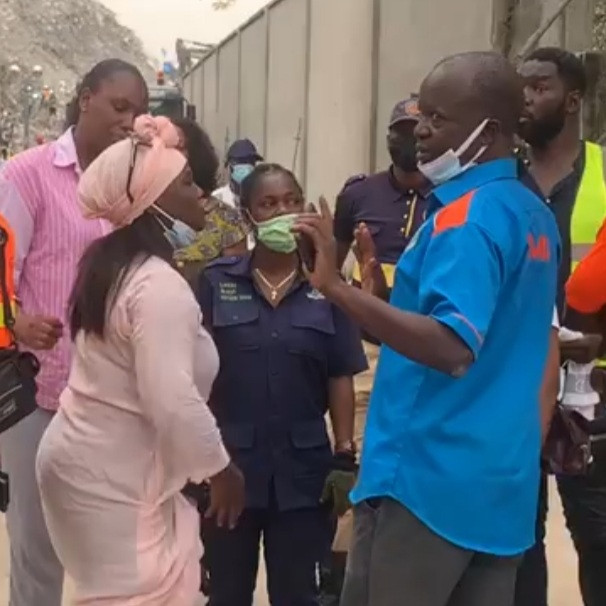 A woman visited the scene of the collapsed building to confront the rescue team about their methods as she revealed in tears that she has a loved one trapped in there.

The woman is seen standing up to the rescue team and refusing their suggestion for her to go and sit with other family members waiting for news of their loved ones.

She said she has been sitting there since yesterday and can’t keep sitting anymore.

Crying, she told the rescue team that the method they are using to search for those trapped reduces the chances of them rescuing anyone alive.

The rescue team sympathised with her but she told them that she doesn’t want sympathy and all she wants is for them to do their job effectively.

She admitted she doesn’t know how the job is done but insisted the professionals can do a better job.

The woman also reportedly said that the only male child of her family was in the building when it collapsed on Monday, November 1, and he remains trapped.