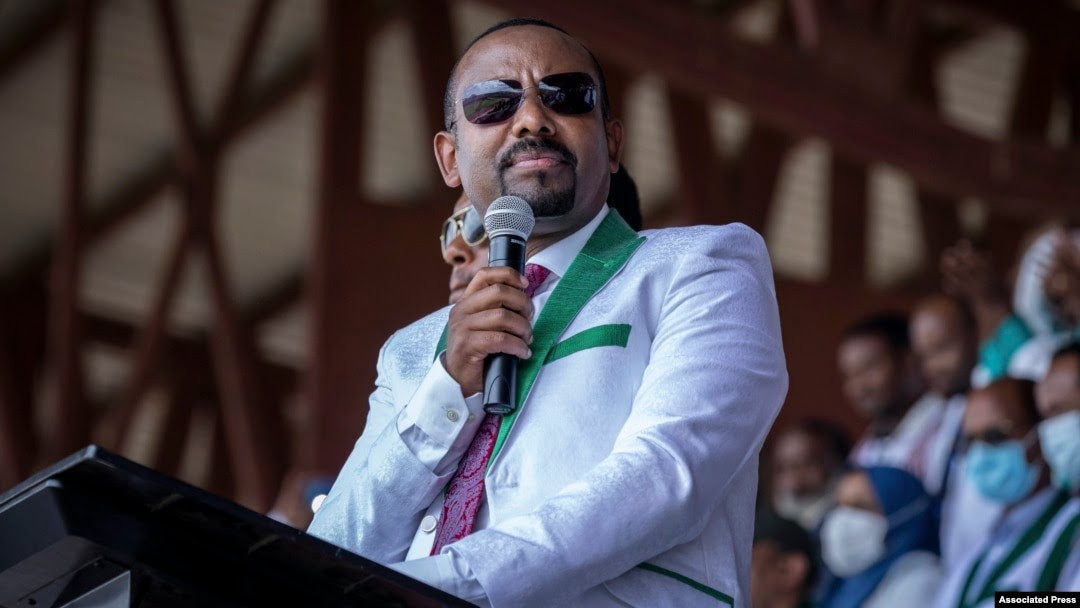 Facebook says it has removed a post by Ethiopia’s prime minister that urged citizens to rise up and “bury” the rival Tigray forces who are now advancing towards the capital, Addis Ababa.

“The obligation to die for Ethiopia belongs to all of us,” Abiy said in the now-deleted post that called on citizens to mobilize “by holding any weapon or capacity.”

Abiy is still posting on the platform, where he has 3.5 million followers. The United States and others have warned Ethiopia about “dehumanizing rhetoric” after the prime minister in comments in July described the Tigray forces as “cancer” and “weeds.”

Facebook has removed posts from world leaders before. Earlier this year, the company deleted a video from U.S. President Donald Trump in which he peddled false claims about election fraud and last week, the tech platform removed a live broadcast from Brazil President Jair Bolsonaro because he made false claims about the COVID-19 vaccines.

Abiy’s government this week declared a national state of emergency with sweeping powers of detention and military conscription. The prime minister repeated his call to “bury” the Tigray forces in public comments on Wednesday as he and other officials marked the one year war anniversary of the war between Government forces and rebel Tigray forces.

Thousands of people have been killed in the war between Ethiopian and allied forces and the Tigray ones who long dominated the national government before Abiy took office.

The United Nations human rights chief said Wednesday, November 3, they had received reports of thousands of ethnic Tigrayans being rounded up for detention in recent months.

Stripper, 22, killed after she told Instagram followers she found a tracking device by a stalker on her car