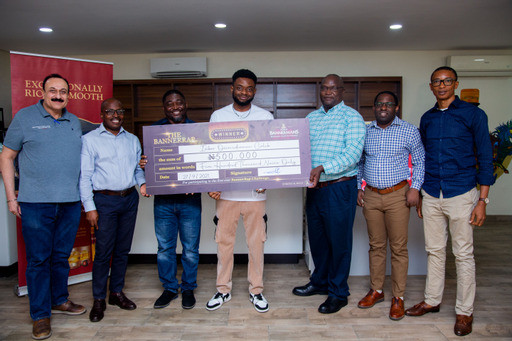 On 23rd August, 2021, John Bannermans announced the Bannerrap challenge. The maiden edition was flagged off by renowned rapper Illbliss, who dropped hard hitting bars with this year’s official Bannerap soundtrack, before challenging wordsmiths nationwide to channel their inner bannerman for a grand prize of 1 million naira.

John Bannermans whisky has taken a bold dive into the music scene and what better way to raise the bar than with a few punchlines? Participants were encouraged to post 45 seconds videos of themselves rapping to the official soundtrack infusing keywords to accurately capture John Bannerman’s strong and bold personality on Instagram with #TheBannerRap.

After three weeks of rhythm, rap and word play, Illbliss reviewed over 110 video entries and complied a list of 110 rappers published on John Bannermans’ Instagram handle with Big C, Fozter and Bismond emerging in first, second and third place respectively. Winners were selected based on highest votes by fans of Bannermans.

“The Bannerrap challenge is a testament to John Bannermans’ commitment to budding musical acts; first in the rap space, and subsequently in other evolving genres,” Biodun Ajiborede, Brand and Trade Director noted during the award ceremony which held on 28 September.