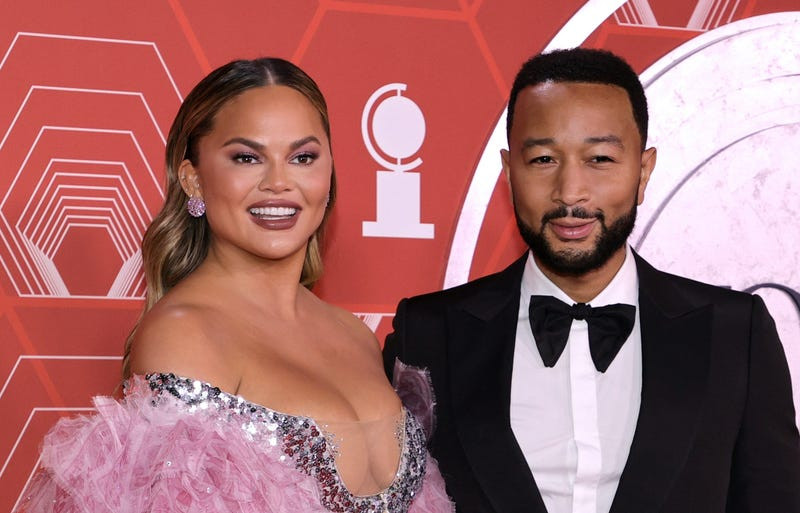 Commenting on Pete and Kim’s dinner date at Staten Island on Wednesday November 3, Teigen who is one of the reality show star’s friends told a TMZ videographer that being funny is doing a lot for Pete and it’s a quality that drew her to John.

Chrissy added that KK needs someone to make her laugh after some intense months with estranged husband Kanye West, and Pete definitely fits the bill.

‘Everybody’s asking me! I have no idea. I don’t know either way if the Pete and Kim were or were not dating.

‘Funny guys do a lot. Look at John — he’s hysterical.’

The cameraman then asked if the two would be up for a double date with their friend Kim and Pete. ‘I have no idea if it’s true, so I can’t say,’ Chrissy replied as she continued to laugh.

However, she seemed to agree that her friend might be looking for someone more lighthearted after spending so much time with her estranged husband Kanye West.  After the videographer suggested that ‘humor is the way to a girl’s heart,’ Chrissy added, ‘Yes, that’s what John knows best.’

They also brought up the possibility that Pete’s alleged BDE (or big d**k energy) might have played a role in their reported romance.

Although the raunchy term appears to refer to a man’s size, it’s primarily used to describe people who have an aura of confidence in themselves.

‘It’s definitely a thing, for sure,’ Chrissy said, adding that it was ‘probably’ a factor for Kim. She wasn’t willing to offer any advice for Pete, though, as she doesn’t know him, and she said she planned to ‘let them be.’