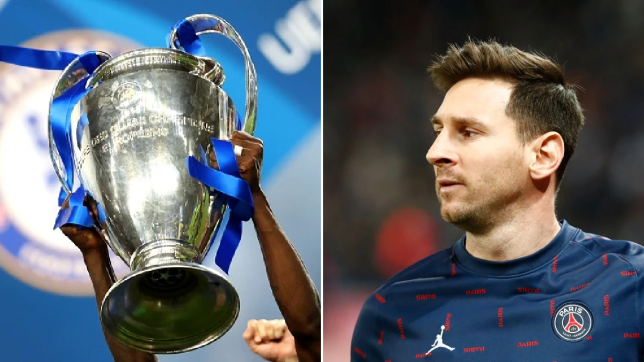 Lionel Messi has tipped Paris Saint-Germain as one of the main contenders to win the Champions League this season as well as six other clubs.

Messi, who has scored three goals in as many games for PSG in the Champions League this season, said winning the top European competition is his biggest target at PSG.

“We are one of the main candidates, but not the only one. Everyone is talking about PSG because of the players, but other clubs have been working together for years and have also signed good players, like Man United, Man City, Bayern, Liverpool, Atletico and Chelsea.

“There are plenty of clubs who can win the Champions League, it is a very difficult competition and the best team doesn’t always win it. You need a lot of things to win it, everything is possible and we are one of the candidates, of course,” Messi, who did not add his former club Barcelona to his list, said further.

Is he going to eat my pu*sy? Singer Temmie Ovwasa tells Christians to stop introducing her to Jesus