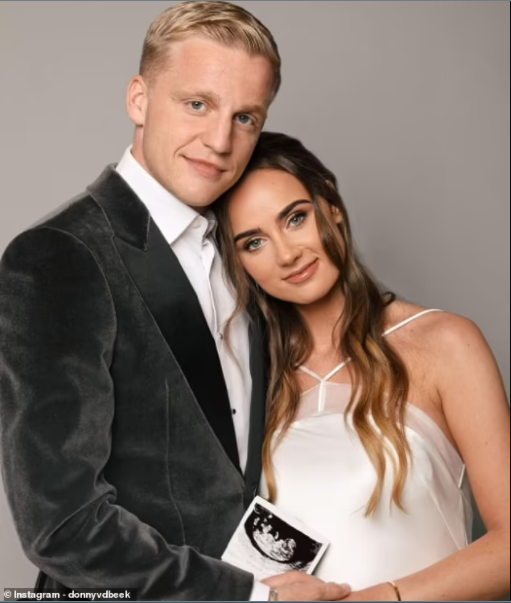 Manchester United midfielder Donny van de Beek has announced that he and his girlfriend Estelle Bergkamp are expecting their first child.

The Holland international made the announcement on Thursday morning November 4.

Alongside a picture of the couple together holding onto an ultrasound scan picture, Van de Beek wrote: ‘Happy to announce that we’re expecting a little one.’

Bergkamp, 25, is the daughter of Arsenal legend Dennis. The 52-year-old former striker, who scored 87 league goals in 315 Gunners matches, will become a grandad in the new year.