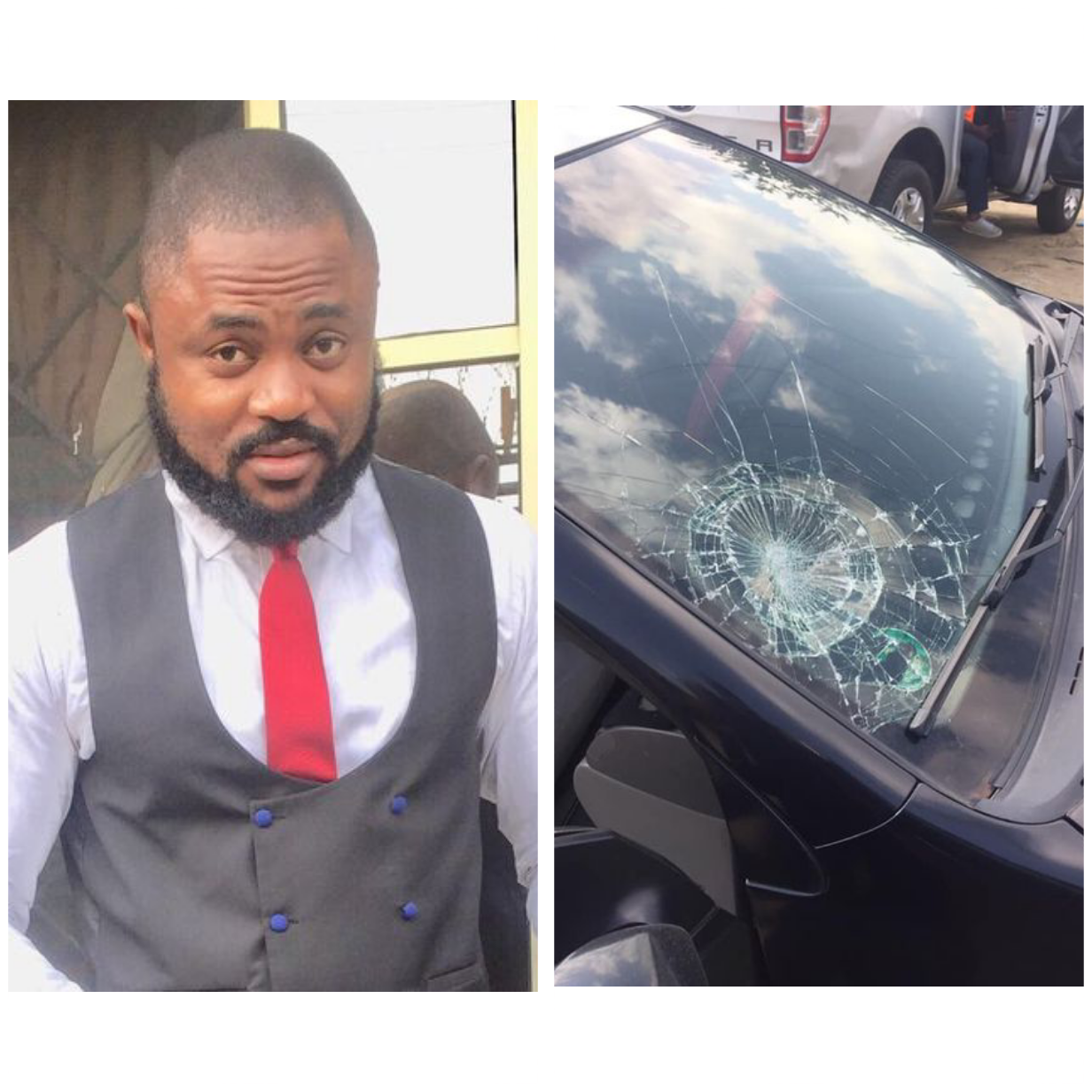 One Sunny Ubi from Rivers state has raised alarm over alleged threat to his life by his wife and her father, Rev. Ijeoma.

The University of Port Harcourt graduate took to Facebook on Thursday afternoon to share photos of his damaged car, claiming that his wife and her father attacked him with weapons in his compound in Port Harcourt.

“Should anything happen to Sunny Ubi, hold my wife and her father Rev E.A.Ijeoma responsible, I just escaped. They just attacked me in my compound now with weapons, all the way from Benin they to Ph to finish me. I cannot die! Marriage is not by force. They have tried spiritually Holy Spirit pass them, now they are coming physically. Please, the whole world should know that Rev E.A. Ijeoma wants me dead by all means” he wrote.

If you’re coming to Canada, be ready! – Lady who goes to work by 5am tells Nigerians (Video)

Anybody Who Blasphemes Jesus Will Taste God’s Wrath – Adeboye