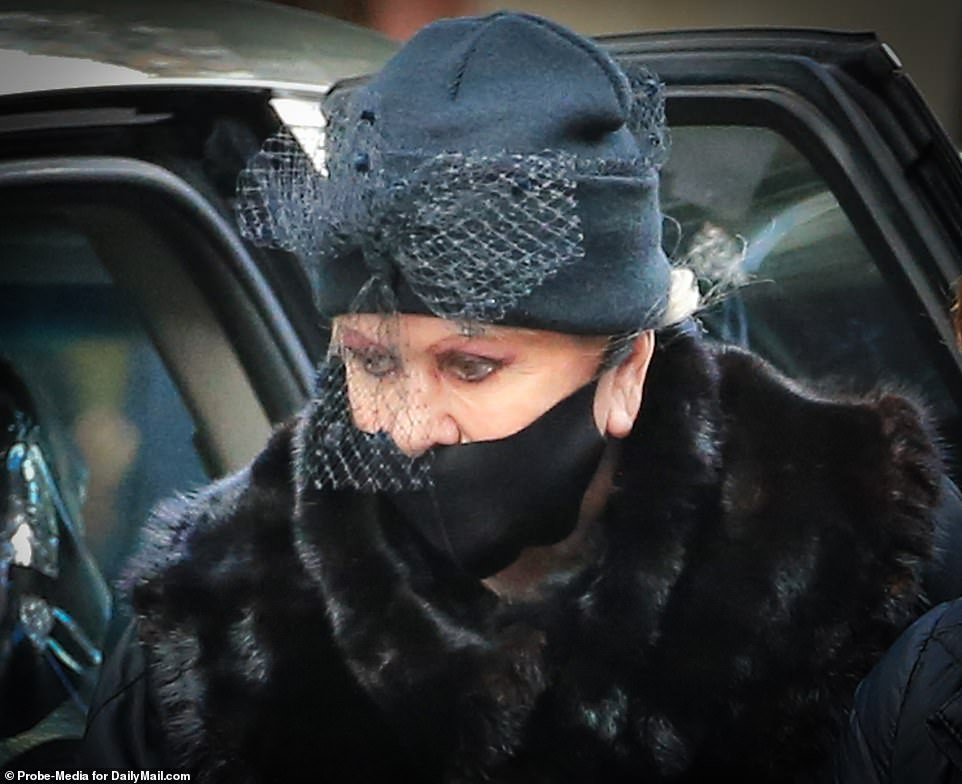 Ivana Trump, the very first wife of former US president, Donald Trump was pictured looking frail on Wednesday, November 3, as she exited a black SUV at Frank Campbell Funeral in Manhattan’s Upper East Side where she went to mourn her late husband, Rossano Rubicondi, 49.

She even had to be assisted before she could leave the car.

The former model and ex-wife of Donald Trump looked downcast and tired as she entered the funeral home around 3pm on Wednesday.

Rubicondi and Ivana dated for six years before they married in April 2008 – when he was 36 and she was 59. They later separated in June 2019.  He was her fourth husband.

The couple’s $3million wedding was attended by 400 guests at Trump’s Mar-a-Lago resort in Palm Beach and her daughter Ivanka was her maid of honor.