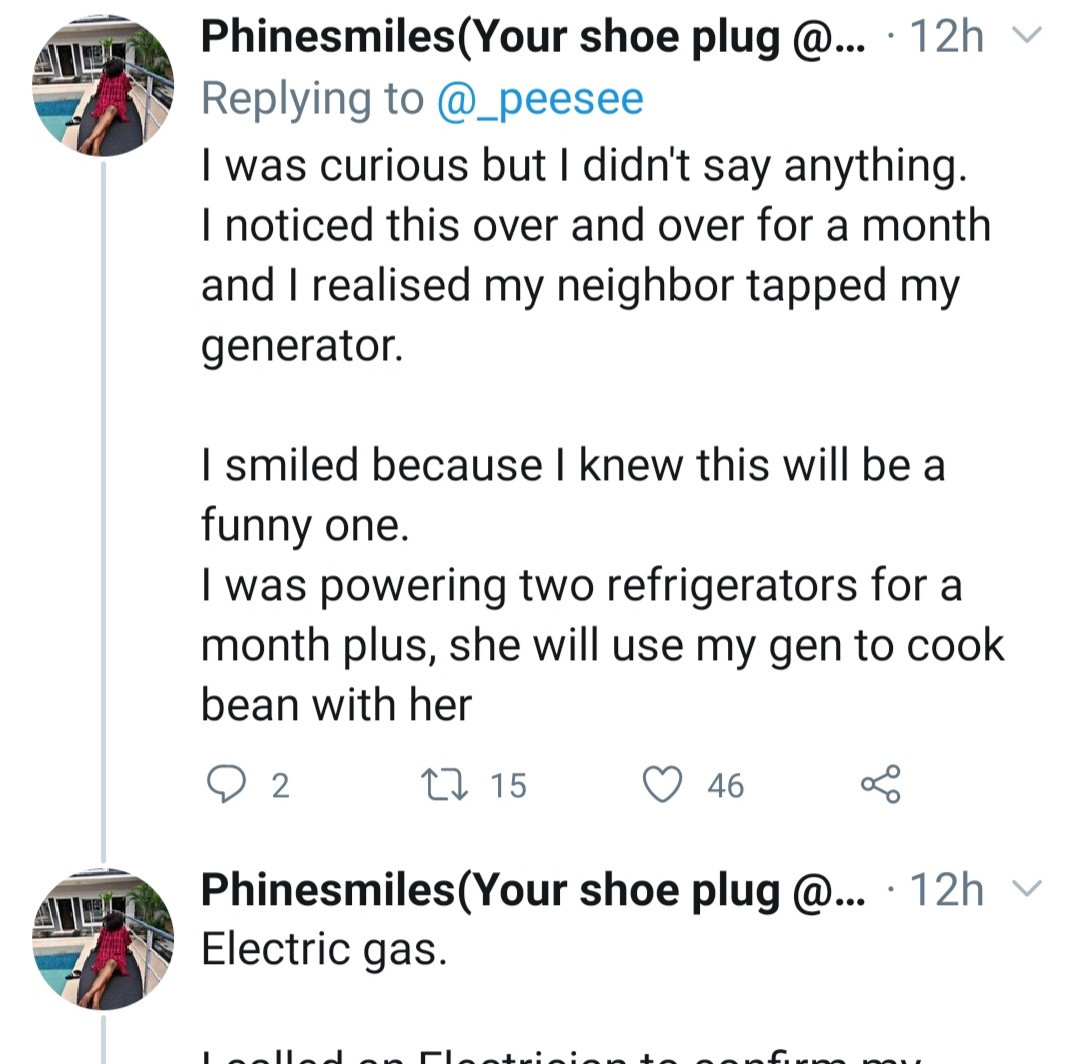 A woman has narrated how she dealt with a neighbour who tapped power from her generator without her knowledge.

She said she moved into a new apartment and soon suspected someone had tapped into her generator and the person would put on all their electrical appliances once she puts on her generator.

She said she then called an electrician who confirmed her suspicion was right. So, she decided to pay her neighbour back in her own coin by pretending her generator was bad.

This made her neighbour bring out her own small generator and she tapped into it.

She said the neighbour soon discovered and confronted her then threatened to call the police.

Read her tweets below.

Bobrisky shades slay queen who sprayed N100k at a party; says he sprays at least N3m