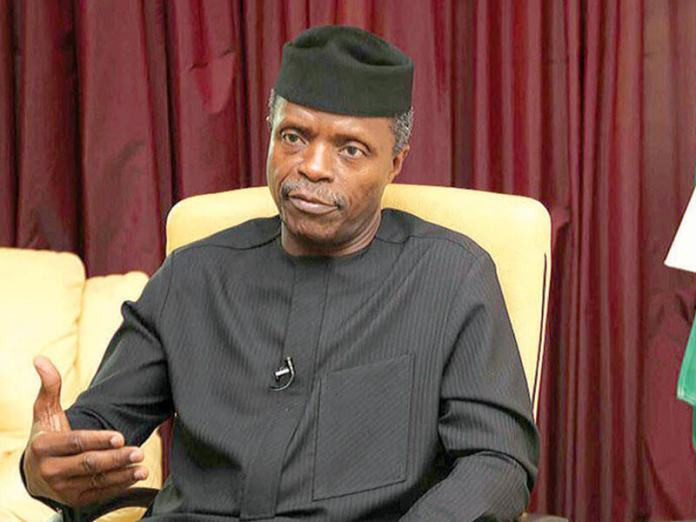 All my property and assets have been publicly declared

The Vice President who stated that he has publicly declared all his assets and never acted to influence any regulatory body on the collapsed building in a statement released by his media aide Laolu Akande on Friday November 5, added that he has referred the publication to his lawyers for legal action.

Osinbajo also maintained that he never bought any land from Chief Michael Ade Ojo, or entered into any transaction for the sale of that land or any other piece of land from Chief Ade Ojo or anyone.

“Let it be made absolutely clear that Prof. Yemi Osinbajo does not own and has never owned the said land.

“He has also never been involved, in any shape or form, in the development of this or any other land since he became vice-president.

“All property and assets owned by the vice-president have been publicly declared.

”Also, the vice-president has never spoken to the Governor of Lagos State or any other official of the state government regarding the unsealing of the said building on Gerrard Road, Ikoyi, which subsequently collapsed.

“The vice-president restates categorically that he has no interest whatsoever, and has never had any interest, either legally or beneficially, in the land, the building or development.

“The vice-president has referred this disgraceful publication to his lawyers for prompt legal action.”

"Why are we all so angry?" – Billionaire daughter Rukky Indimi-Dantata says she misses the ‘old and happy Instagram’ where people leave kind comments