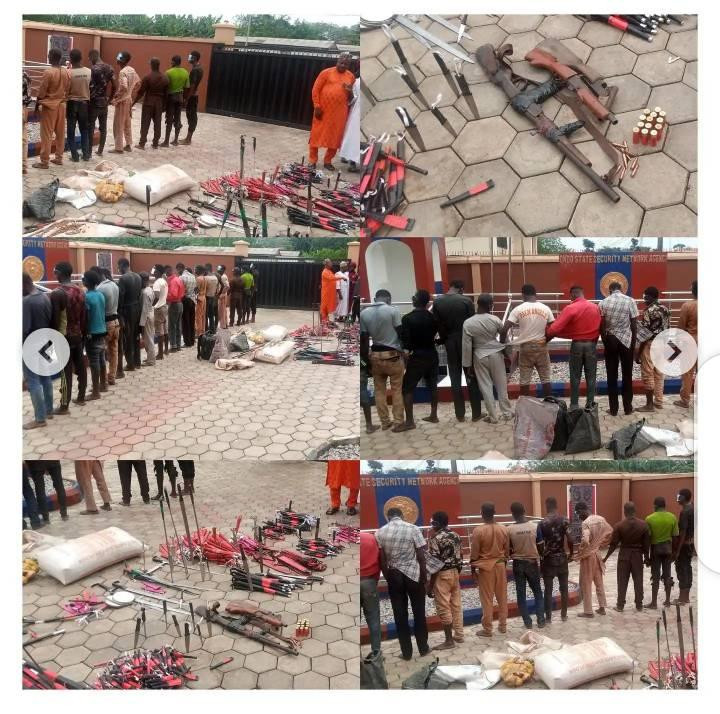 The suspected bandits were reportedly traveling in three hummer buses before men of the Amotekun Corps, in a joint operation with the police, apprehended one of the buses while two others escaped.

Confirming the operation, Commander of the Ondo Amotekun Corps, Chief Adetunji Adeleye, said the driver of the buses overran three barricades before one of the buses was intercepted near Ondo town.

He said guns and ammunition concealed inside sacked filled with tiger nuts were recovered while over 500 daggers, cutlasses, swords, and other dangerous weapons were found hidden under the seats of the bus.

The conductor of the bus who did not give his name said the bus was loaded in Katsina State and they were asked to take the passengers comprising one young male to Ondo State.

“I have no problem with incest” Twitter influencer “Jaja PhD” writes