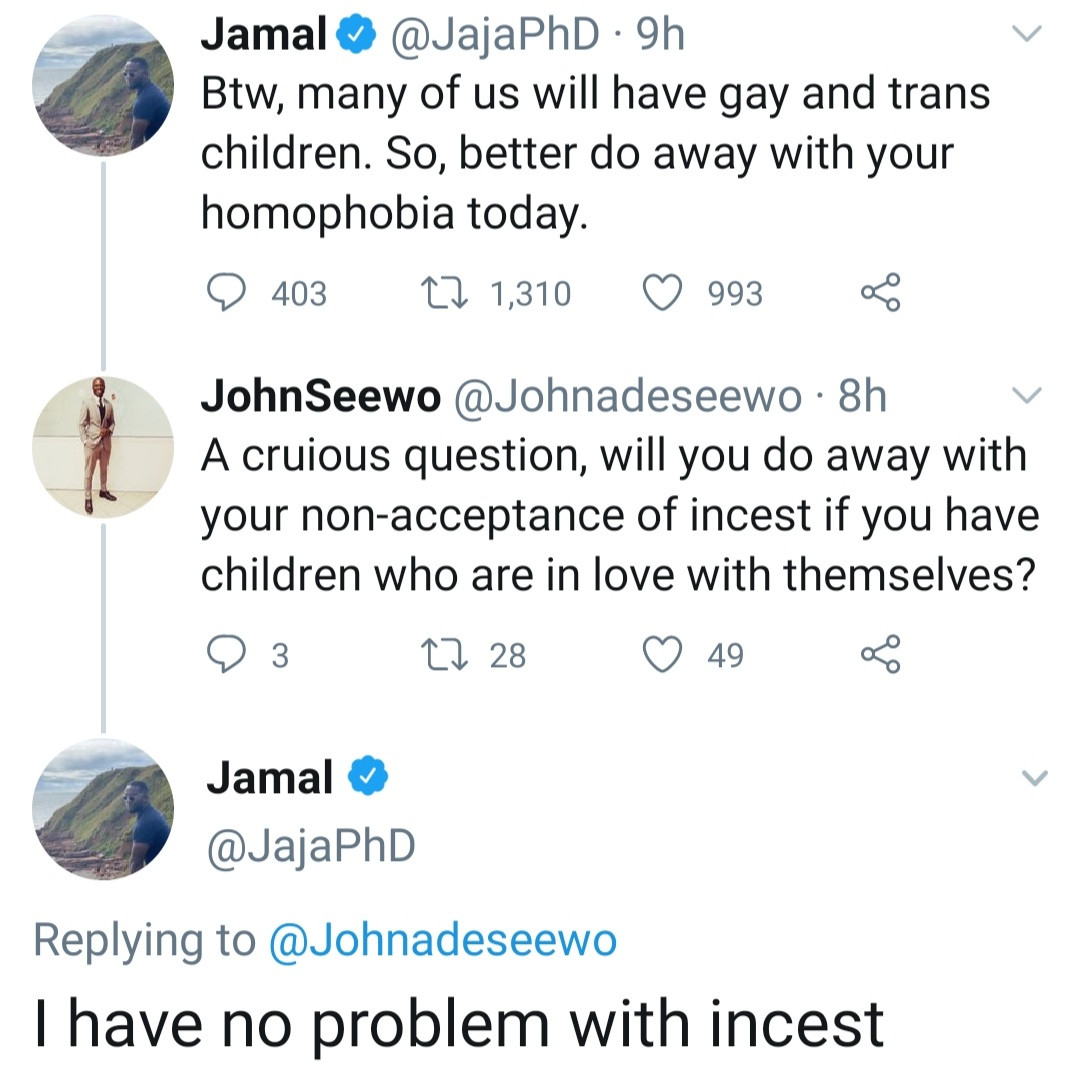 “I have no problem with incest” Twitter influencer “Jaja PhD” writes

A number of Twitter users are in shock after a popular Twitter user said he has no problem with incest.

It began when Jamal, better known as Jaja PhD tweeted: “Btw, many of us will have gay and trans children. So, better do away with your homophobia today.”

A Twitter user asked: “A cruious question, will you do away with your non-acceptance of incest if you have children who are in love with themselves?”

And Jaja responded: “I have no problem with incest other than they shouldn’t reproduce.”

A Twitter user then asked him, “Hello @JajaPhD  can you lay with your sister?”

He replied: “No. Also, this is a stupid question.”

His tweet led Twitter users to dig up and old tweet where he wrote: “Some of us grew up without sexual education from our parents and ended up having sex with our siblings.”