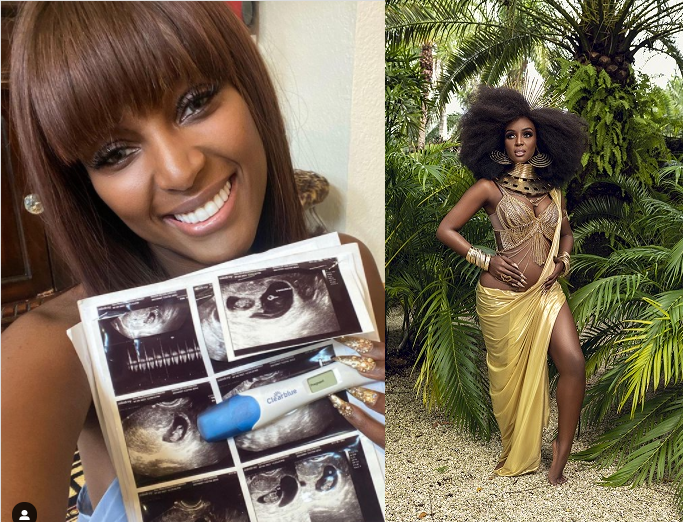 In an interview with PEOPLE, the Love & Hip Hop Miami star said she noticed something different in August while filming the VH1 show.

“I felt so nauseous that I thought the food was making me sick,” she said, adding she didn’t panic but chose to follow a hunch. “My woman’s intuition told me: ‘Do a pregnancy test’. I did the test, and it came back positive.”

La Negra also says she felt scared finding out she was pregnant. “I was nervous. The first thing I thought about was in my work and my projects, having to tell my mom: ‘My life is going to change!'” the singer remembers. “I’m not going to lie, it took me like two days to process everything that had just happened. I started to cheer myself up because at the beginning [I felt] a lot of fear.”

In September, La Negra says she traveled to the Dominican Republic to oversee real estate investments and to visit a gynecologist.

“I had only done a urine [home pregnancy] test. When the [nurse] does the sonogram, she says: ‘Wow, there are two gestational sacs.’ I was happy, surprised, but I couldn’t process what she was telling me.”

The pregnancy news comes as months after she suffered a miscarriage in July.

Reflecting on the miscarriage, she suffered, she said: “It was very weird. They suspect they were triplets. It’s hard to say it now because I had a lot of bleeding, and I was in a lot of pain,” she recalls. “I wasn’t precisely looking [to become pregnant] at this time, but I always said: ‘If God sends it to me, Amen, it’s decided’.”

Similar to her mother Ana María Oleaga, La Negra is planning  to be a single mom.

“In my case, I woke up pregnant like the Virgin Mary. I woke up pregnant and that’s all I remember,” she says. “I will be a single mother. I know my babies will depend on me. Father is not the one who makes the child but the one who raises it. In time, if God grants me the blessing of finding the right man, one who supports me, who accepts me with my children, then Amen, he will be well received. But I feel blessed, and I am so happy that I sometimes forget that [I’ll be a single mom]. I am more focused on my babies.”

Actress, Nkechi Blessing Sunday licks her man’s toes; gushes about him having a “woman’s leg” (video)