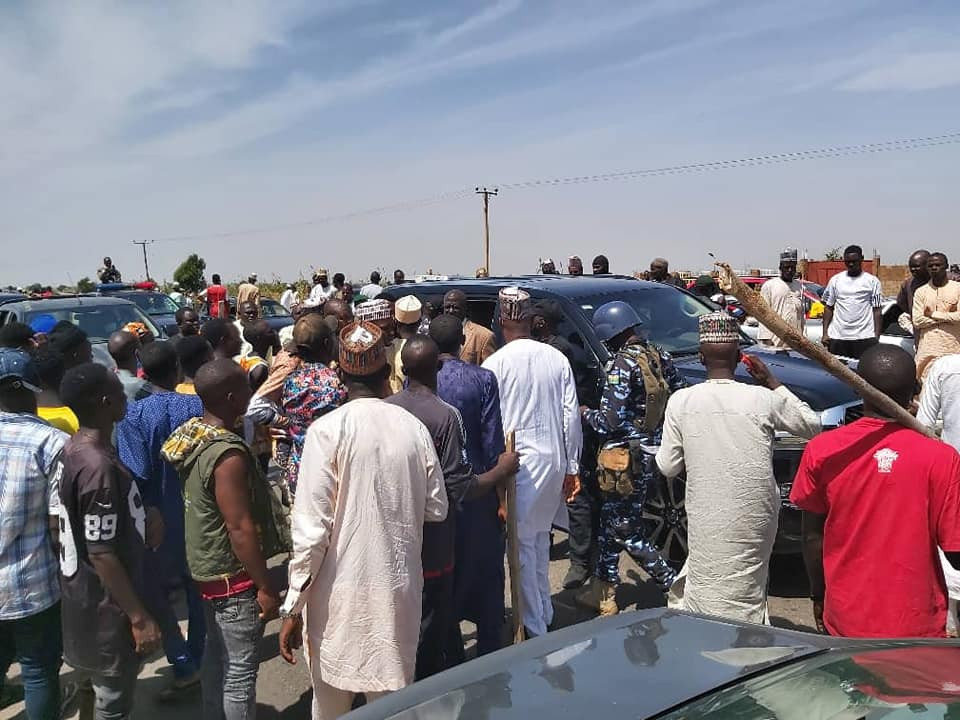 “It is sad he has not left his old ways”

The Gombe State Government has accused Senator Danjuma Goje of mobilising thugs into the state.

LIB reported that the former governor arrived the state for a wedding fatiha but was blocked by thugs. Several vehicles were smashed and burnt, while scores sustained various degree of injuries.

The State Commissioner for Information and Culture, Julius Ishaya Lepes, in a statement issued after the incident, alleged that Goje is bent on bringing back ‘his brainchild (Kalare)’ to unleash mayhem and bug the peaceful atmosphere of the state.

“Gombe state Government has condemned in strongest term, the breach of peace in the state capital, caused by the visit of a former Governor of the state and Senator representing Gombe Central, Sen. Muhammad Danjuma Goje,” the statement read.

“The former Governor, in his characteristic manner, decided to mobilize thugs from various LGAs armed to their teeth under the pretext of accompanying him from the airport into the State capital for reasons best known to him.

“Recall that during the last Eid el-Kabir Sallah celebration, the same person sponsored some thugs that threw caution into the wind and went on rampage, leading to loss of 2 lives. Also just last week at Deba in Yamaltu Deba LGA the same scenario played out at the instance of the Senator.

“It is sad that Goje has not left his old ways and is bent on bringing back his brainchild (Kalare) to unleash mayhem and bug the peaceful atmosphere of Gombe State.

“Gombe state has been witnessing relative peace and harmony due largely to the determination and avowed commitment of Governor Inuwa Yahaya in that direction and therefore the government would not stand by and watch desperate politicians unleash terror and violence on innocent citizens to the extent of getting people killed.

“While sympathising with families of the victims, Government commends the security agencies for their timely intervention in bringing the ugly situation under control.

“His Excellency, Governor Muhammadu Inuwa Yahaya as the Chief Security officer of the State, will not renage on his responsibilities and therefore will do everything necessary to protect the lives and property of the citizenry. Government will make sure that perpetrators of the unfortunate act, no matter how highly placed are brought to book.” the statement concluded.