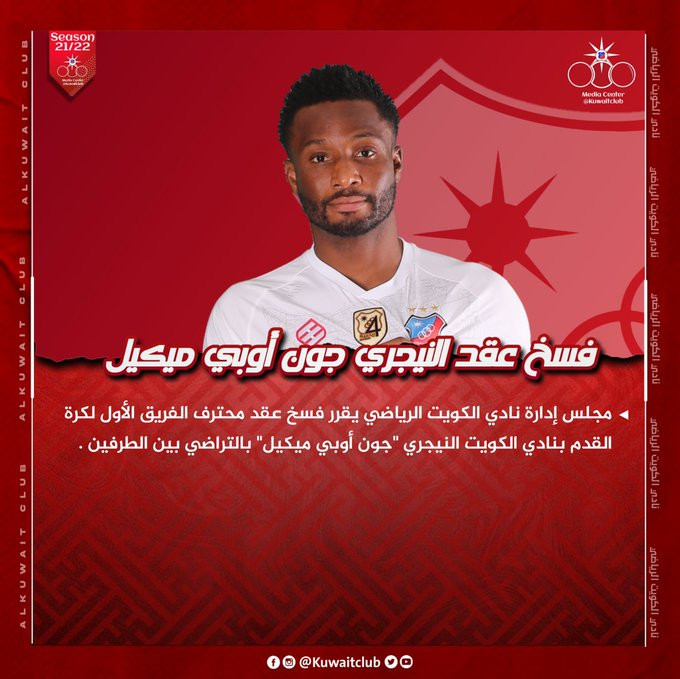 The former Chelsea midfielder, 34,  joined Kuwait SC from Stoke City in the summer transfer window, but the middle-east club have now announced that his contract has been terminated.

The Brigadiers took to their social media account to announce the immediate termination of Mikel’s contract.

A tweet issued by Kuwait SC simply read: “Termination of the contract of the Nigerian John Obi Mikel.”

The reasons for the termination are yet unknown.

Mikel had initially signed a one-year extension with Stoke before terminating his contract to join Kuwait SC.

Before joining Stoke, his contract with Trabzonspor was also terminated after he refused to play due to the coronavirus pandemic.

Mikel, who spent 11 years with Chelsea made 249 Premier League appearances for Chelsea.  He won the Champions League and Europa League, two Premier Leagues, three FA Cups, and the League Cup during his time with the London club.

The midfielder won 89 caps for Nigeria, played in two World Cups, and helped the Super Eagles win the 2013 Africa Cup of Nations, before announcing his retirement from international football two years ago.