A viral video shared on TikTok shows the moment a Nigerian man pulled a pregnancy prank on his mother and she was not having it all.

The man had placed a prank call to his mother informing her that he has impregnated a lady. In response, his mom asked to know the identity of the lady he impregnated, to which he responded, saying ‘Wunmi’, whom is presumably his girlfriend. 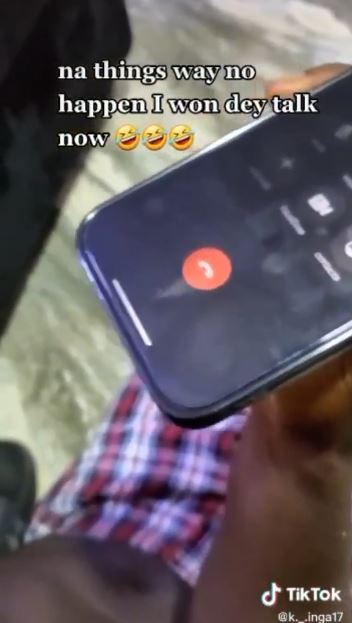 Without giving it much thought, his angry mom lashed out at him and asked him to ‘commot’ the pregnancy i.e., to abort the pregnancy.

The young man asked why she told them to do that and she said he shouldn’t question her advise, adding that ‘they’ are not ready for the responsibility that comes with pregnancy.

She also chided the lady for making such a mistake, before proceeding to tackle her own son.

After hearing the laughter of his friends who were also present, the mom deduced that it was a prank and lightened up a bit.

He shared the video and wrote, “na things way no happen I won dey talk now”.

Three dead as gunmen open fire on passersby in Imo

Laura Ikeji reacts after her sister, Benita, refuses to show off her newly acquired expensive car on social media