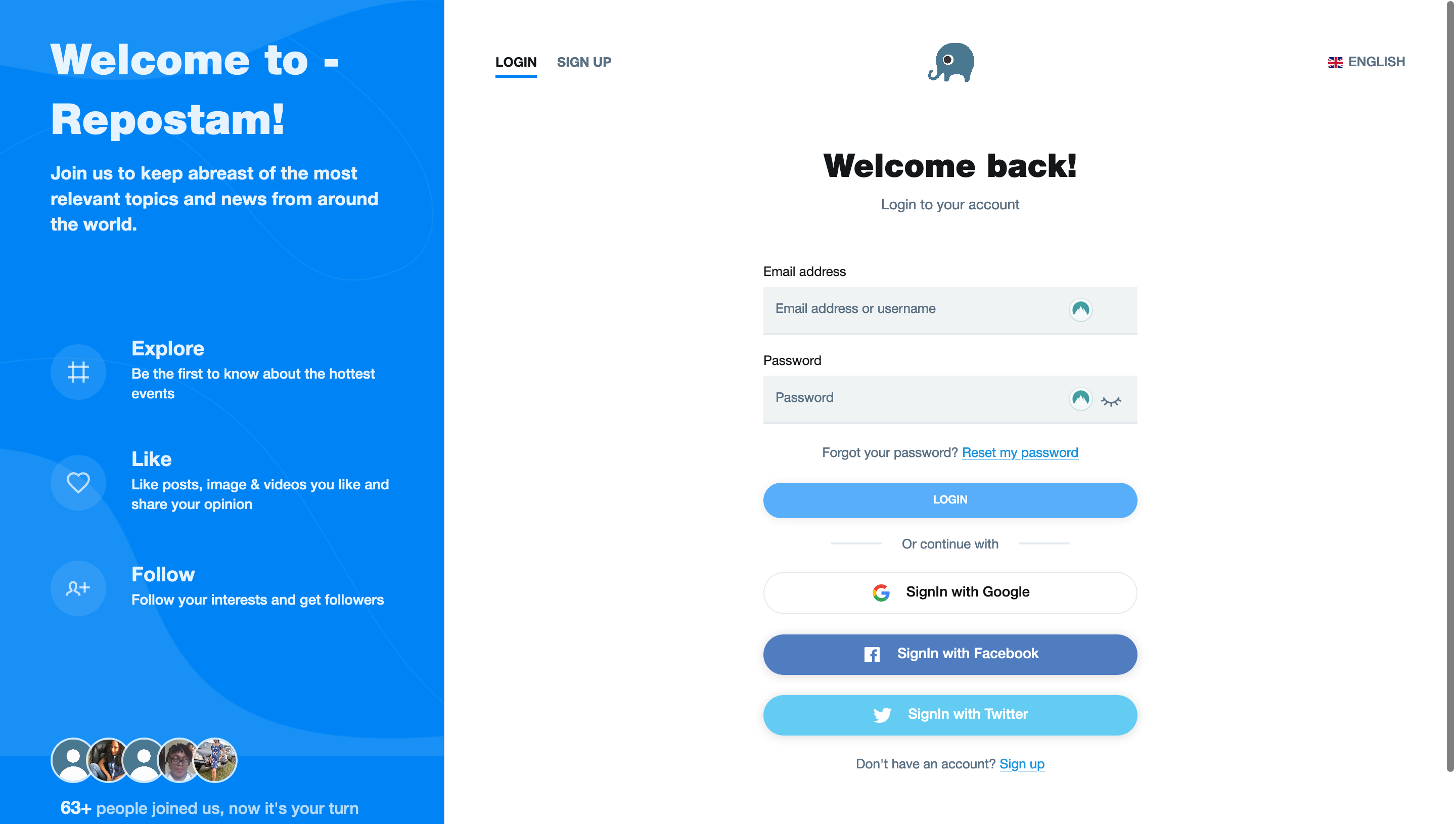 Social media took the world by storm. The rise of tech giants such as Facebook, Instagram, Twitter and more recently TikTok has redefined how people consume news and content. From the intriguing story of Mark Zuckerberg launching The Facebook in his dorm room to the inspiring story of Ben Silbermann inviting his first Pinterest users, the social media is growing stronger everyday. Africa somehow appeared to have been missing from the movement. With the likes of Facebook and Twitter having American roots and the likes of Vkontakte and Tiktok having European and Asian roots respectively, it is no surprise that Africa is now joining the cruise.

Repostam is a Nigerian social network. It is a social network capable of standing shoulder to shoulder with the well established social media giants. Repostam whose name is a combo of the pidgin phrase “repost am” which means “repost it”, has such features analogue to the popular social networks. It is both a microblogging platform and a photo/video sharing platform. It is user friendly and fun to use. The social network is currently web based and works well on mobile and desktop browsers. They seem to be planning to release the mobile app version sometime this year. You can visit repostam here https://repostam.com