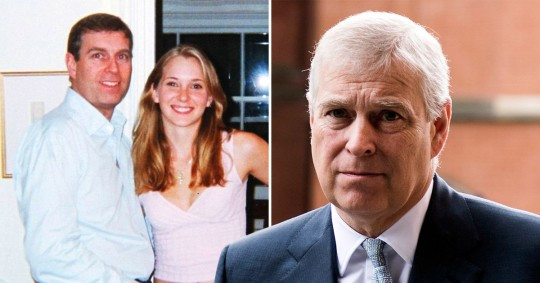 A New York judge has set a date to hear Prince Andrew’s plea for dismissal of the sexual assault case brought against him by Jeffrey Epstein accuser, Virginia Roberts.

Judge Lewis Kaplan said the court would hear ‘the defendant’s motion to dismiss the complaint’ on the morning of January 4 next year.

A complaint was filed in Manhattan federal court by Virginia Giuffre, who accussed the Duke of York, 61, of sexually assaulting her when she was a minor over 20 years ago.

Ms. Giuffre alleges that late disgraced financier Jeffrey Epstein lent her out for sex with his wealthy and powerful associates, including Andrew.

She says the prince assaulted her at Epstein’s home in New York, as well as on his private island in the US Virgin Islands.

Maxwell has pleaded not guilty to criminal charges she helped recruit and groom underage girls for Epstein to abuse. Her trial begins on November 29.

The 38-year-old, who was known as Virginia Roberts at the time of the allegations, is also expected to request the Duke of York gives testimony under oath.

Her lawyer David Boies said that he would seek to depose between eight and 12 people while the Duke’s lawyers wanted to question a similar number.

It is possible that Sarah Ferguson, the Duchess of York, could be called to give evidence after Mr Boies told the court he intended to formally speak with two British witnesses.

The prince has not been charged with crimes and has denied the allegations made against him.

He has also accused her of trying to profit from accusations against Epstein, who Giuffre says also abused her, and people who knew him.

Epstein killed himself in a Manhattan jail in August 2019 while awaiting trial on sex trafficking charges. A medical examiner called his death a suicide.

Andrew denies the charges and has called for the complaint to be dismissed, saying it was ‘without merit’ and that Giuffre was seeking to profit financially from the case.

“I declined the invitation… What will sitting down with them change?” Mr Macaroni finally speaks after his colleagues were called out for meeting with VP Yemi Osinbajo