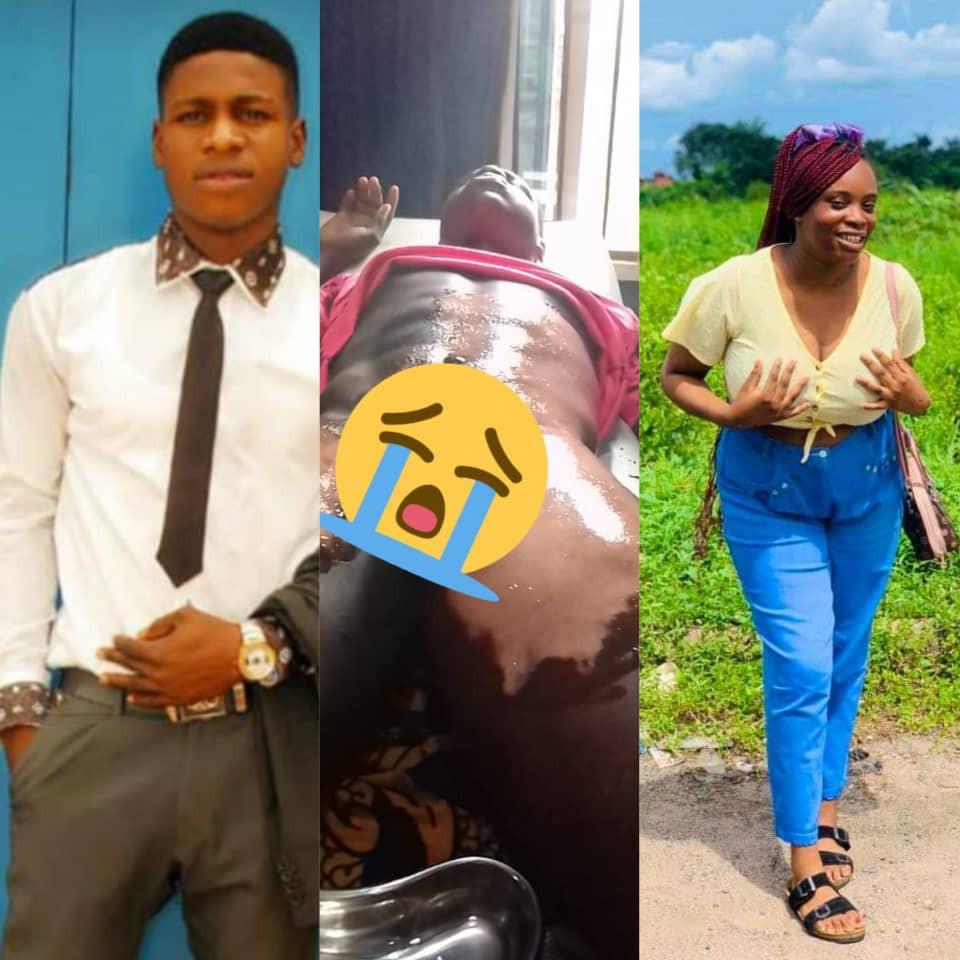 The police have arrested a 300-level student of Federal University of Technology Owerri (FUTO) identified as Miracle Ogochukwu Chiagoziem for reportedly pouring hot water on her colleague Wisdom Uchenna Chukwuemeka, a 400 level student of Geology department.

Ogochukwu reportedly poured hot water on Chukwuemeka at their hostel in Eziobodo on Thursday afternoon, November 4, 2021, because he didn’t answer the door after she knocked to get toothpaste.

The arrested student was said to have created a scene in front of Chukwuemeka’s door even though he had company, before returning to her room.

However after being confronted by Geology student later, their argument became violent and she ended up emptying a pot of hot water on him. An eyewitness said;

“Wisdom later come out to confront her over her behavior, and an argument ensued. She threatened to pour hot water on him if he doesn’t leave. A lady even stepped in to pacify them but before she could say Jack, Miracle carried out her threat. She emptied a pot of hot water on both wisdom and the lady.

“He’s currently hospitalized, severely scarred. The water was targeted at his private part and now his genitals are completely peeled. He is currently at risk of missing his entire exams for the current semester which may result in an extra year for him.”