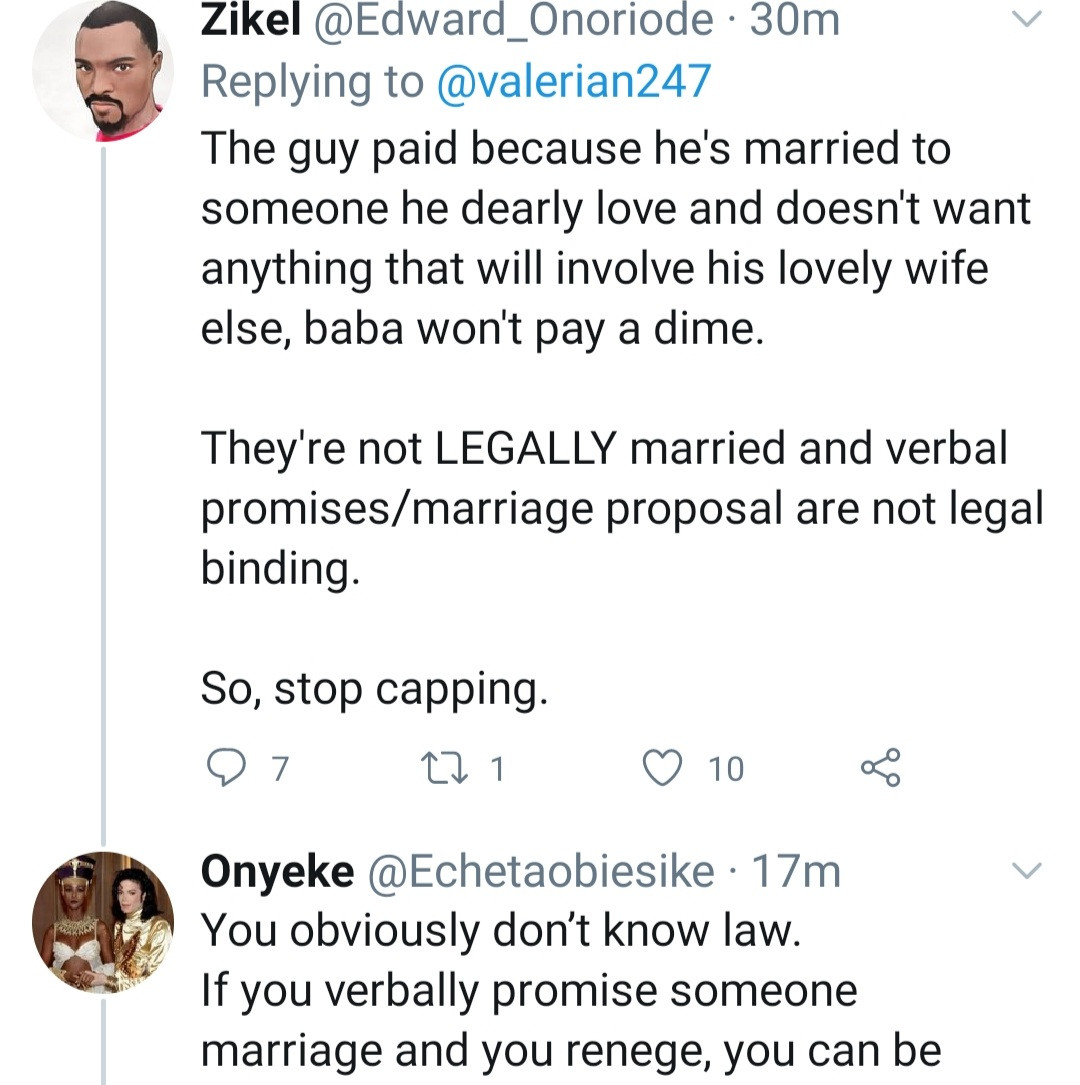 A lawyer is letting people know that you can sue when a person promises you marriage and later goes back on their words.

He revealed that a man proposed to his client and later broke her heart by marrying someone else so they took the case to court.

His client won the case, he claims, and her ex was asked to pay her 5 million in damages and give her a car.

“Do not be afraid to sue,” he advised those who gave been victims of broken engagements.

Other Nigerian lawyers on Twitter chimed in, revealing that the law allows a person to sue if someone promises them marriage and later reneges.