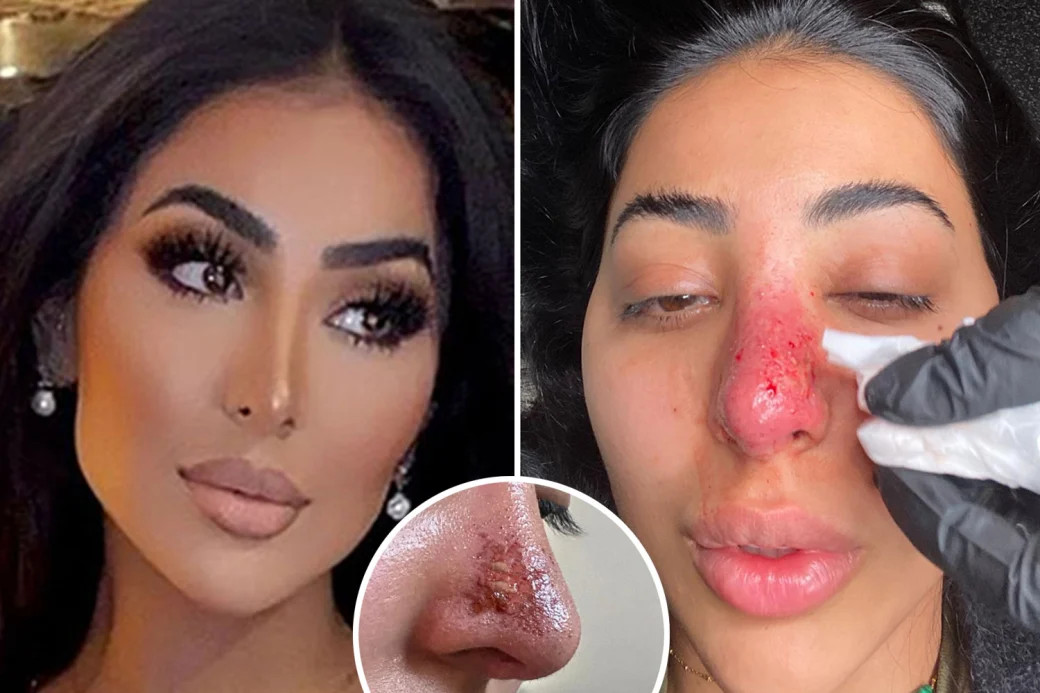 A British-Pakistani model who came within hours of losing her nose after a botched filler, is now warning about plastic surgery.

Aneesa Sharif Saddique’s nose turned black and oozed pus after being starved of oxygen, as the filler had blocked the blood supply. After necrosis (death of the cells and tissue) set in, the 30-year-old prominent British-Pakistani model needed emergency treatment and was hours away from having her nose surgically removed.

“I was hours away from my nose being surgically removed.

“I wouldn’t wish it on my worst enemy.”

An injection was given to smooth out or reshape the nose, but Sharif’s sister noticed pus oozing out as they had dinner. The filler had to be dissolved with further injections and she was treated with antibiotics.

The Sun reported that Sharif said;

“Having nose filler is not to be taken lightly.”