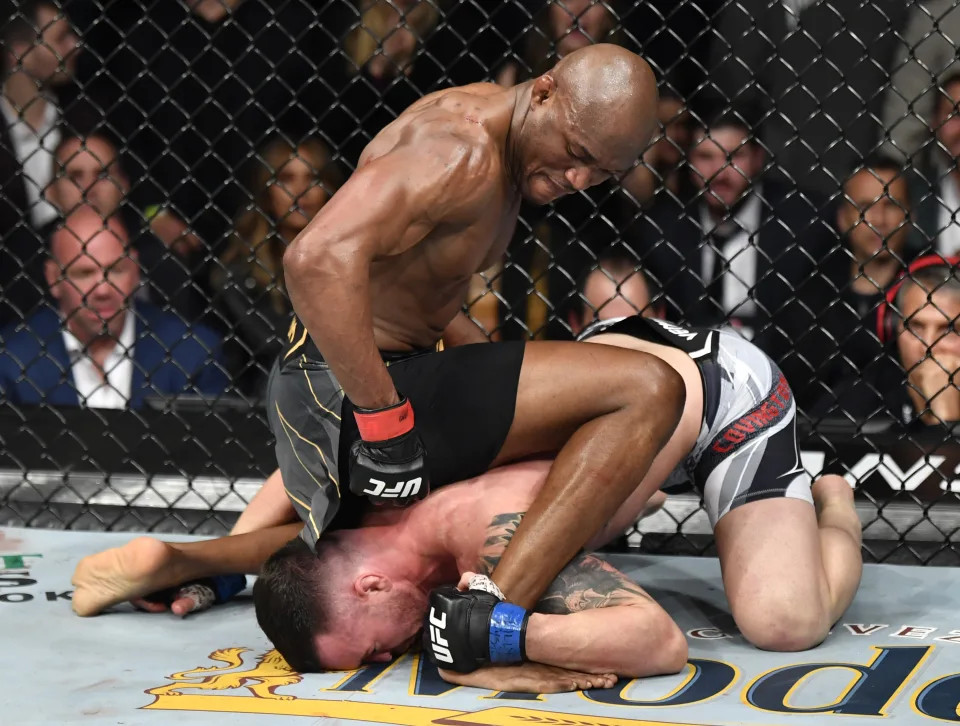 Usman was announced as winner of the fight after New York State Athletic Commission judges Derek Cleary (49-46), Dave Tirelli (48-47) and Sal D’Amato (48-47) all submitted scorecards in his favor.

Before the fight took off, Colby had said that he recalibrated his approach and would not fight the same way as he did in their first encounter. And the beginning of the opening round revealed a more cautious fighter, though as the round progressed, Usman’s pressure appeared to force Covington into a defensive posture.

The biggest moment of the fight came in the second round when Usman dropped Covington twice with right hands near the end of the round.

Despite having clearly been hurt 90 seconds earlier, Covington came out for the third round and continued to be dangerous with effective body kicks and combination punching that kept Usman from fully unloading. Those body kicks paid off in the fourth round, with Usman appearing to have been hurt when one landed solidly.

Covington staggered Usman with a shot in the fifth, but was unable to put him away. With the fight hanging in the balance entering the final round, Usman was able to lean on his sharp jab to control the action and separate him in the championship rounds.