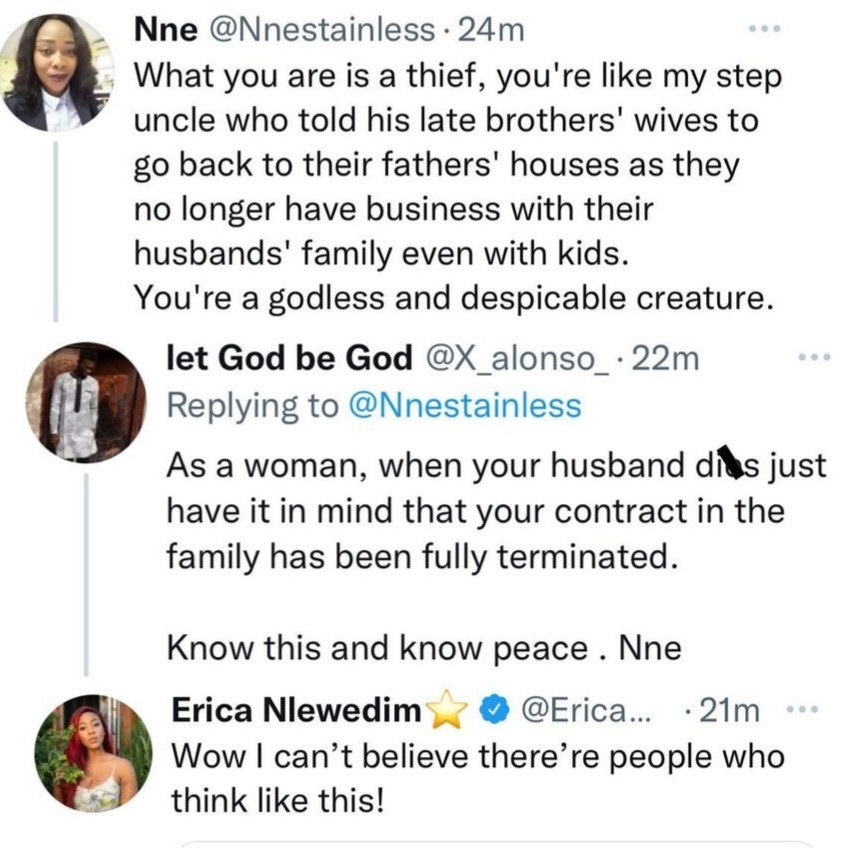 Man starts debate after tweeting that as an igbo man, tradition gives him full rights to his late married sibling’s properties and not the wife

A man has said that the Igbo tradition gives a man full rights to his married siblings’ properties when they die.

He said this while reacting to the news report alleging that the wife and siblings of Femi Osibona, owner of the collapsed Ikoyi building who died in the rubble, are fighting over his properties following his death.

Reacting, the Twitter user said the wife has no right to her late husband’s properties.

He wrote: “I am an Igbo man and my omenala (custom and tradition) gives me full right over the properties of my siblings when they’re no more.”

Yet, the man, whose Twitter username reads “Let God know God”, stood his ground, insisting the siblings should take the decesed’s properties.

He added: “As a woman, when your husband dies, just have it in mind that your contract in the family has been fully terminated. Know this and know peace. Nne.”