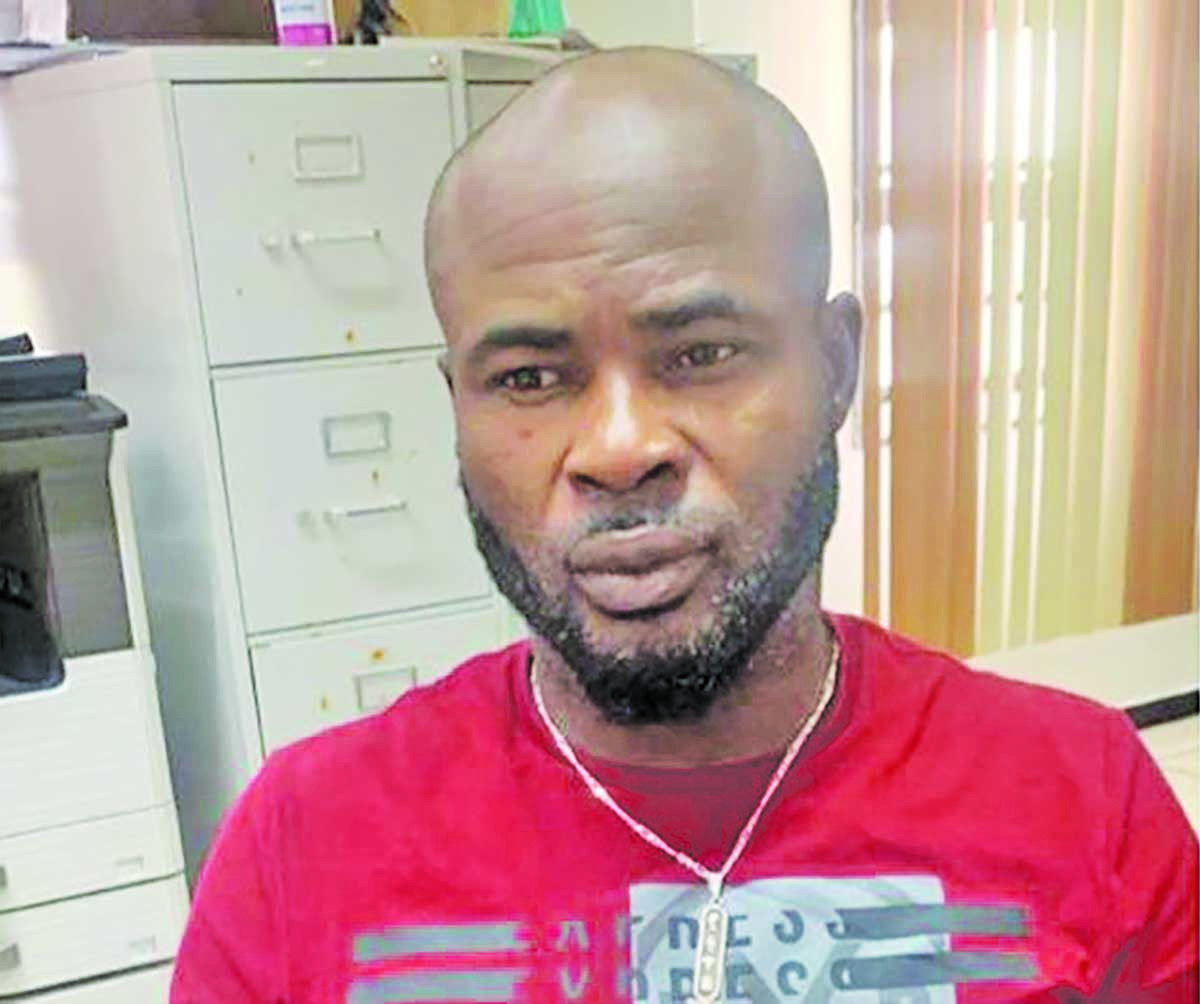 A Nigerian man, allegedly part of an international criminal network in which women are befriended on social media and promised lavish gifts and jewellery, for which they are made to pay money, has been found guilty on 10 counts of obtaining money by false pretense.

Uche Raymond Okoye, also known as Uche Parker, who was charged back in February, had been on trial for the offences before Magistrate Annette Singh in that Georgetown Magistrate’s Court. Read previous report HERE

The convict has been further remanded to prison pending sentencing, which will take place on November 11.

Between October and November 2020, at Georgetown, with intent to defraud, he obtained $6,059,900 from 65-year-old Suruj Dei Balkaran by falsely claiming he had packages for her.

He had initially pleaded not guilty to the charges. It was the Special Organised Crime Unit (SOCU), an arm of the Guyana Police Force (GPF), which filed the charges against him. The SOCU said that Okoye solicited funds from women after befriending them on Facebook under an alias.

During that time, he informed the victim about the supposed packages containing the latest gadgets and electronic devices. He reportedly told the older woman that he would be sending the items, and that she would need to contact a representative who would clear the packages and deliver them to her. The representative he referred to was himself, the SOCU prosecutor said.

According to the prosecutor, the Nigerian national sent the woman a WhatsApp number on which he could be contacted about the transactions. The woman paid the monies, expecting to collect the packages, but every time, she was told of some complications, and was instructed to send more cash via bank transfers and Western Union.

During Okoye’s trial, the elderly woman testified that she has been a vendor all her life, and that the monies she was scammed of were her life savings. She disclosed that she sent monies to him on 10 different occasions. Other witnesses testified that monies were sent to their bank accounts, and that they were paid a percentage of the sum upon withdrawing it.

Last November, Okoye appeared at a city court and pleaded not guilty to two counts of obtaining money by false pretense, one count of demanding money by menace, and one count of illegal entry.

The Police Force said the man entered Guyana from Brazil without presenting himself to the nearest immigration officer. The Police have said he is part of a criminal network that has been operating in Guyana which has links to the United States of America, the United Kingdom, Peru, Brazil, Venezuela, Argentina, Paraguay and other countries.

According to the Police, the perpetrators would send a Facebook friend request to the intended victims, particularly women, and seek communication via WhatsApp. Police informed that the mastermind, who is residing overseas, would express a romantic interest in the women, and would later tell them he would be sending gifts and jewellery.

The women would later receive a call from someone purporting to be employed at a shipping company about a box arriving at the airport for them. At this point, the Police said, the women would be instructed to pay various sums of money to several individuals to uplift the boxes and to avoid prosecution.

These monies are sent to identified persons through money transfer services or a post office. But once the money is sent, the mastermind is never heard from again, and the victim never receives the packages.

The Guyana Police Force has alerted citizens, particularly women, about this scam.

I have trust issues, Adesua Etomi says as she seeks Jesus more