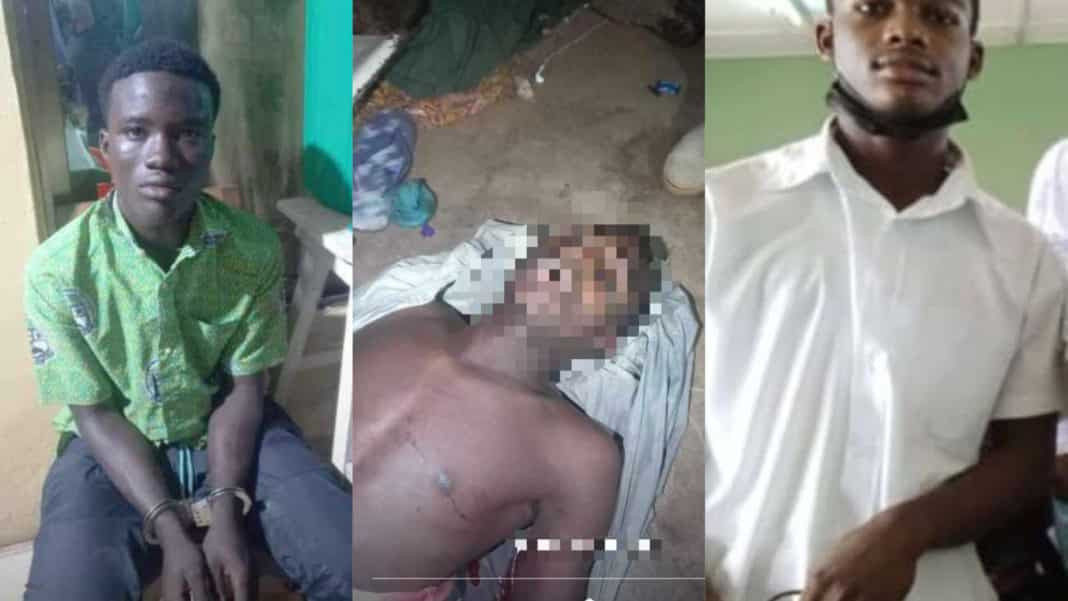 Secondary school students arrested for stabbing their colleague to death

Five students of  Konongo Odumase Senior High School in Ghana have been arrested by the police for allegedly stabbing a colleague to death.

Konongo District Police Command in Ashanti region confirmed their arrest. It was alleged that the deceased was stabbed to death after a fight broke out between him and the other “notorious students”.

The main suspect whose name was given as Emmanuel Frimpong, is said to be one who used a sharp scissors to stab Larhan Sam’un to death after a heated argument.

“Now Larhan Sam’un, who was close by, stopped Osei Frimpong. This action infuriated the main suspect, and then he pulled a small kitchen knife which he had concealed on him and stabbed the Larhan Sam’un at the lower left rib. The deceased started bleeding profusely and was then rushed to the hospital, where he was pronounced dead. Police have been able to arrest all the five suspects and also retrieved the blood-stained small kitchen knife“

The students are still in the police custody pending investigations.