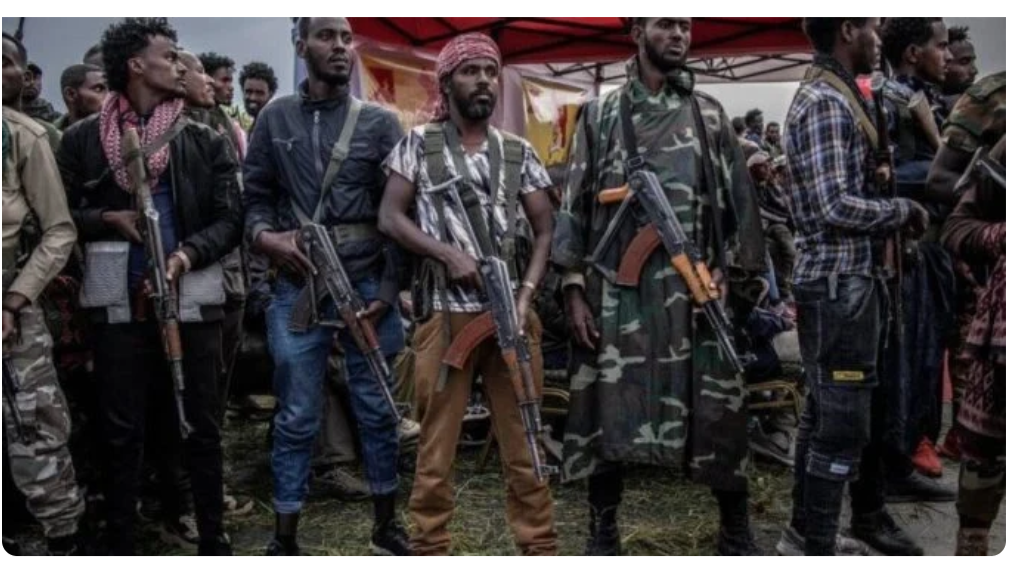 US, UK, 14 other countries call for immediate ceasefire in war between Government and rebels in Ethiopia

The United States, the United Kingdom and 14 other countries have asked the Government and rebel factions in Ethiopia to immediately cease hostilities and allow for the delivery of life-saving food, medicine and clothing to the people impacted by the conflict in the Tigray region.

The countries namely Australia, Belgium, Canada, Denmark, Finland, France, Germany, Iceland, Ireland, Luxembourg, the Netherlands, New Zealand, Norway and Sweden made the demand following a joint investigation by the office of the United Nations High Commissioner for Human Rights (OHCHR) and the Ethiopian Human Rights Commission (EHRC) into allegations of human rights violations and abuses said to have been committed by both parties in the conflict.

According to a joint statement, the countries said all parties involved in the conflict must enter into negotiations without preconditions on a ceasefire.

“The authors of the report concluded that some of these violations and abuses may amount to crimes against humanity and war crimes. These acts have resulted in suffering and distress as well as an atmosphere of terror and widespread fear among the civilian population. The report highlights widespread impunity for those responsible for these acts and lack of access to support for those who have been targeted, as well as for witnesses,” the statement reads.

“We strongly encourage all parties to the conflict to accept and implement the findings and recommendations. It is critical that all those responsible for violations and abuses of human rights and violations of international humanitarian law referenced in the report are held to account, and the governments of Ethiopia and Eritrea should ensure there are credible investigations.

“In that regard, we acknowledge the Government of Ethiopia’s commitment to provide redress to victims of the violations and abuses identified in the report, noting, in particular, the need for redress and support for victims of gender-based atrocities. We urge a similar commitment be made by the Government of Eritrea and the Tigray People’s Liberation Front, and all other parties to the conflict.

“We also welcome the Government of Ethiopia’s commitment to a transitional justice process and its decision to establish a special prosecutor’s office and a dedicated judicial bench to oversee cases involving defendants accused of committing the violations referenced in the joint report.

“All parties must comply with their obligations under international humanitarian law, including with respect to the protection of civilians and humanitarian personnel. We also call for the immediate withdrawal of Eritrean forces in Ethiopia and underline the need for the Government of Eritrea to ensure accountability for violations and abuses committed by its forces in Tigray.

“Truth, justice and accountability for victims and survivors require more than investigations and prosecutions. We call on governing authorities to expand health services for survivors, including psychological support and sexual and reproductive health care, and support for community-based care, including by ceasing actions that continue to hinder humanitarian access. We reiterate our call for an inclusive national dialogue, which includes the full, equal and meaningful participation of women and youth, peacebuilders and community leaders.

“Now, more than ever, the findings in the report make it abundantly clear that as the war in northern Ethiopia rages on, the human toll of the conflict will continue to mount, not only through the conflict but also through starvation. As the risk of further atrocities increases, we call on all parties to immediately cease hostilities, end impunity for attacks on humanitarian personnel and cease other actions that continue to hinder the delivery of urgent life-saving assistance to the people impacted.

#AnambraDecides: No election in Ihiala LGA