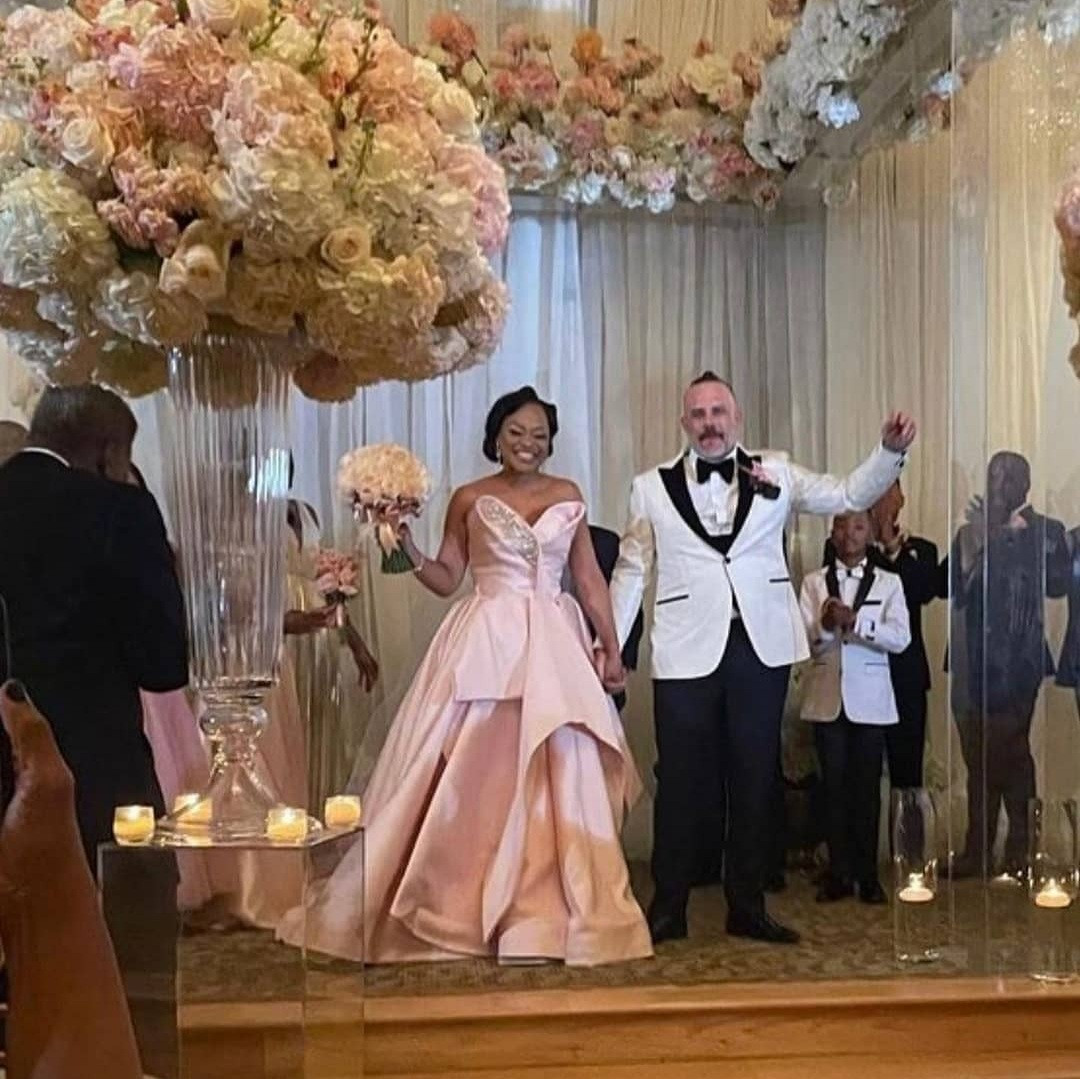 Monyetta Shaw has married Heath Carter in a beautiful ceremony attended by their close friends and families.

The wedding held over the weekend, one year and some months after their engagement.

Monyetta’s children with her ex Neyo – Madilyn and Mason – served as bridesmaid and ring bearer at the wedding.

This is Monyetta’s first marriage. She was engaged to singer Neyo.

After welcoming two kids, Neyo and Monyetta both agreed that she would tie her tubes and he would get a vasectomy so they won’t have more kids after getting married.

Monyetta tied her tubes as agreed with Neyo present, offering her encouragement, but Neyo didn’t go ahead with his own procedure. He then broke up with her after saying he wasn’t ready for monogamy.

He went on to marry Crystal Renay and welcomed 3 more kids with her.

Watch photos from the wedding below.

“How are you sure there will be Nigeria in 2023?” – Pastor Adeboye speaks on the next Presidential election (video)