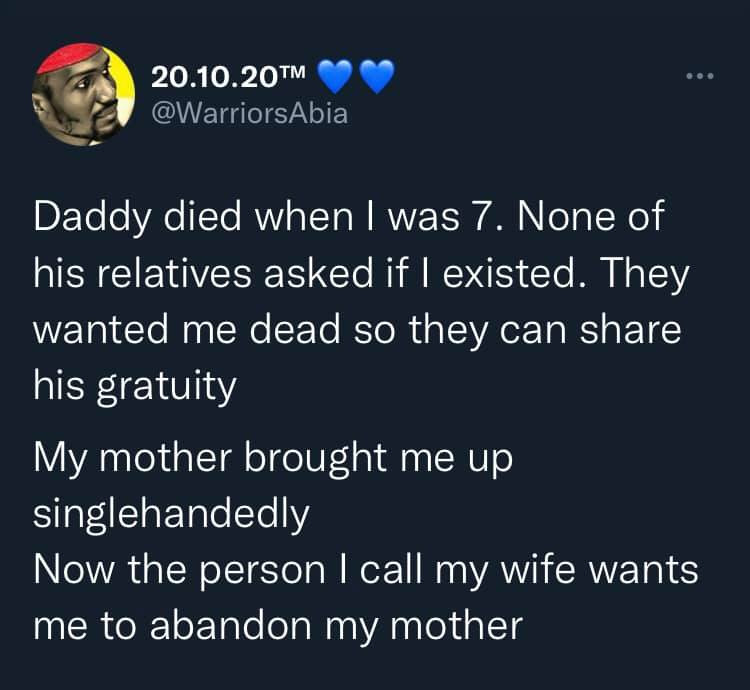 A Nigerian man has taken to Twitter to allege that his wife wants him to abandon his mother who singlehandedly brought him up when his late father’s relatives wanted him dead so they could share his gratuity.

According to the Twitter user, his issue with his wife stems from inviting his aged mother who is almost blind to stay with his wife and kids since he lives outside Nigeria. He also countered advice of putting his mother in a home.

The Nigerian also revealed that he has taken a decision and won’t be revealing his identity.