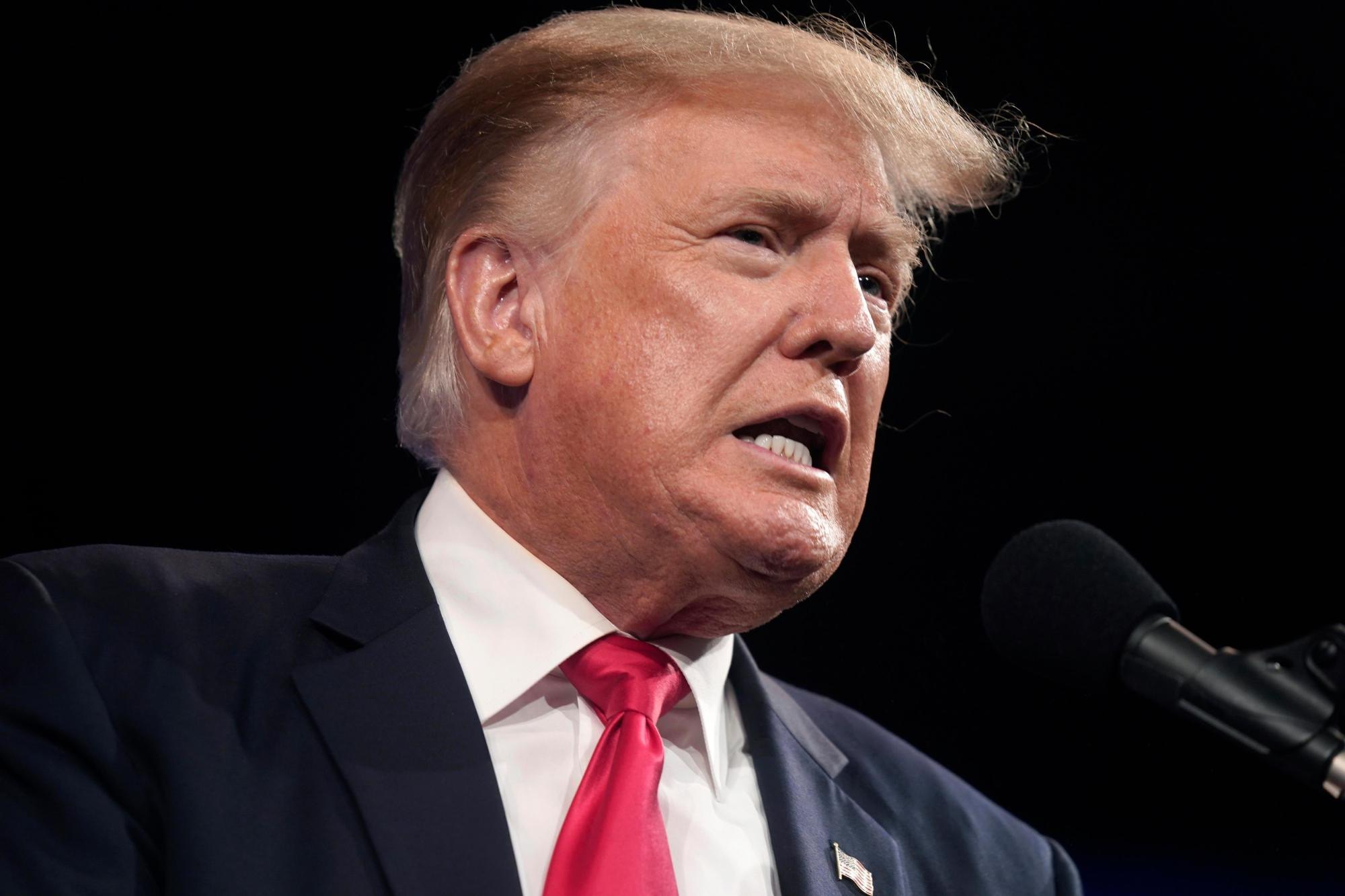 Former US President, Donald Trump told the Republican National Committee chairman that he was leaving the party to create his own new political party, according to a new book by ABC’s Jonathan Karl.

Trump, who had said “he didn’t care” about destroying the Republican party, ultimately backed down after party leaders told him they would take actions that could have cost the former president millions of dollars, Karl told ABC’s “Good Morning America.”

On his last day in office, after boarding Air Force One, “Trump took a call from Republican party chair Ronna McDaniel. … He told McDaniel he was done with the Republican party. This is according to multiple sources familiar with the conversation,” Karl said.

“‘I’m done,’ Trump told McDaniel from his office on board Air Force One. ‘I’m starting my own party.'”

“‘You cannot do that,’ McDaniel told Trump. ‘If you do, we will lose forever” Karl said, quoting the conversation between the pair.

Republican leaders told the former president that if he left, they would stop paying his legal fees and give out for free Trump’s email list, “an asset Trump makes millions from by renting it out to candidates,” according to Karl.

By the following week, Trump decided against leaving the party, Karl added.

“Trump’s attitude, according to a source who heard the conversation, was that if he lost, everyone around him deserved to lose too,” Karl said.

Republican party chairwoman, Ronna McDaniel, reacting to the revelation on Monday, November 9, said that Karl’s reporting was not true.

“This is false, I have never threatened President Trump with anything,” McDaniel told ABC News. “He and I have a great relationship. We have worked tirelessly together to elect Republicans up and down the ballot, and will continue to do so.”

Karl responded to McDaniel on air, saying that her statement on his book “is a lie,” adding, “I spoke to multiple people about this, including a direct witness to the initial conversation with Donald Trump and direct witnesses to the subsequent conversations.”

Karl read quotes from his sources, who said, “[Trump] didn’t care. It was a punishment.”

This comes after Florida Sen. Rick Scott, chairman of the Senate GOP’s campaign arm, told NBC’s “Meet the Press” on Sunday that the group supports Sen. Lisa Murkowski (R-Alaska) in her re-election campaign, despite the fact that her opponent is endorsed by Donald Trump.

Trump in June endorsed former Alaska commissioner Kelly Tshibaka in her Senate race against Murkowski, who was one of seven Republicans to vote to convict Trump of inciting the Jan. 6 Capitol insurrection.

Murkowski was one of those who stood up against Trump following the capitol insurrection on Jan 6. and has not been a supporter of the billionaire businessman.

Photos of young girl who perished in Kubwa market fire