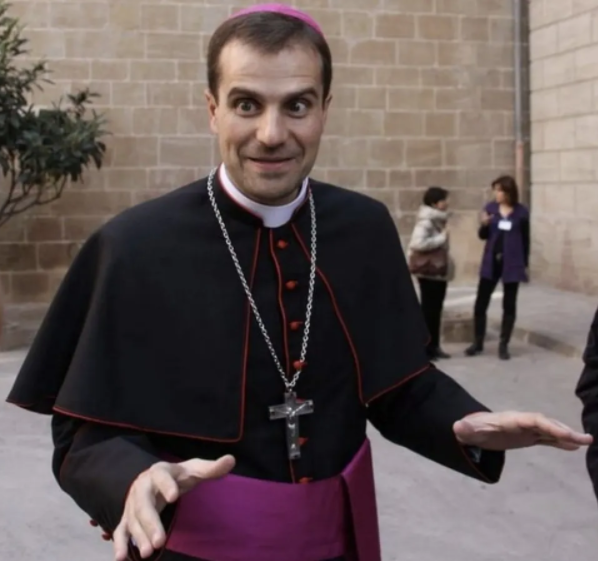 Xavier Novell, 52, who used to carry out exorcisms to free people suffering demonic possessions, stepped down from his senior clergy post in September 2021 after he fell for a Satan-themed erotica author.

The Spanish bishop was a student of demonology, but church colleagues were convinced he was himself possessed after giving into temptation and abandoning his vow of celibacy.

Employer Semen Cardona specializes in the artificial insemination of pigs in Spain and overseas.

And Novell allegedly plays a direct role in the procedure, with outlet ABC reporting he will get particularly close to the animals to produce the valuable semen.

Novell and Sylvia Caballol’s whirlwind romance resulted in the bishop’s swift resignation from the church after he said they slept together.

BBNaija star, Laycon receives truckload of gifts from fans on his birthday