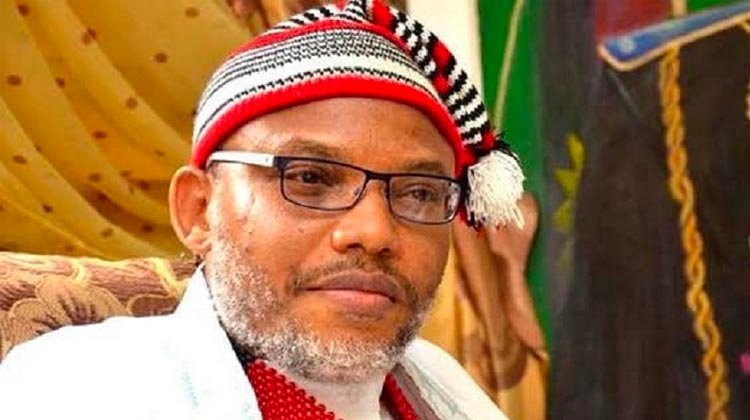 Legal counsel to the leader of the Indigenous People of Biafra, Alloy Ejimakor, has said the IPOB leader, Nnamdi Kanu is looking forward to being vindicated as he prepares for his trial which is scheduled for Wednesday, November 10, 2021.

Kanu has been facing trial since 2016. He was granted bail in April 2017 but fled the country in September that year after the invasion of his home in Abia State, by the military.

On July 29, he was rearrested and brought back to the country.

On October 21, 2021, the Federal High Court in Abuja adjourned his case till November 10, 2021 after he pled not guilty to the charges against him.

However Ejimakor now says Kanu was looking forward to being vindicated in the trial to restart Wednesday, November 10.

“I had a fruitful visitation today with Mazi Nnamdi Kanu in the company of my colleagues, Barr Ejiofor & Barr Maxwell.” He told PUNCH on Monday, November 8.

“We went over his next outing in court on 10th November. He remains the strong man. He said he looks forward to being vindicated. He greets his followers and supporters.”

BBNaija star, Laycon receives truckload of gifts from fans on his birthday