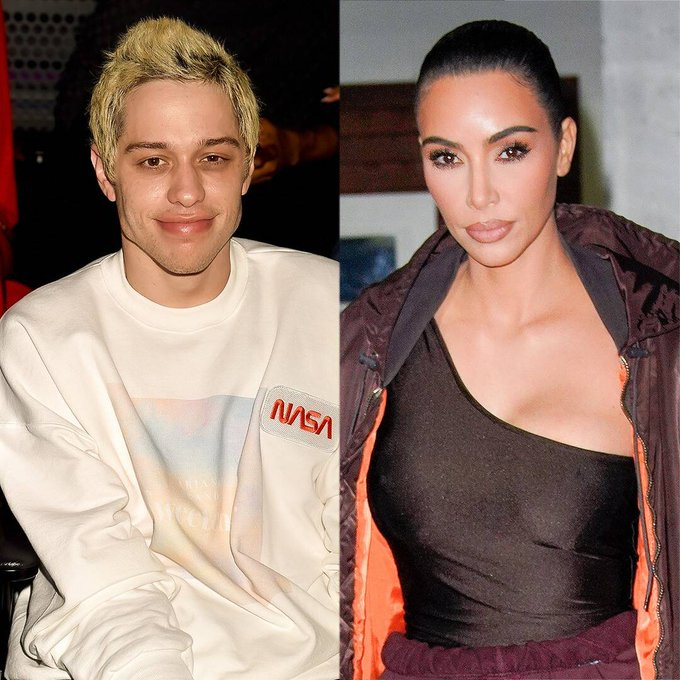 The pair were pictured going out on a date twice last week amid Kim’s ongoing divorce case with Rapper, Kanye West.

Kim and Pete first met during a Saturday Night Live (SNL) appearance in October where they both kissed and have kept in touch since then.

During an appearance on Late Night With Seth Meyers on NBC on Monday, November 8, Davidson joked about speculation that he’s dating Kim Kardashian.

‘I want to address something. I feel like I want to confirm if it’s real,’ said Seth, 47, in an obvious reference to Pete, 27, being seen recently with reality star Kim, 41.

‘Yeah, you know, I’ve been wanting to talk about this because…,’ Pete said.

‘Thank you, we appreciate you doing it here,’ Seth interjected as the crowd cheered.

‘There’s a lot of people I walk by, people are like whispering, and, you know, making eyes at me,’ Pete said.

‘And, you know, but it is true. I do have a show on Tubi coming out,’ quipped Pete.

‘A lot of people are shocked that I could get on a show like Tubi,’ Pete said.

Saturday Night Live star Pete also shared that he’s been getting ticket requests since Taylor Swift, 31, will be the next musical guest on the NBC comedy show, SNL.

‘Yeah, nobody is leaving me alone about it. I just tell everybody that like ..they don’t give me tickets,’ Pete joked.

Gunmen assassinate retired Airforce general and his physiotherapist in Kaduna