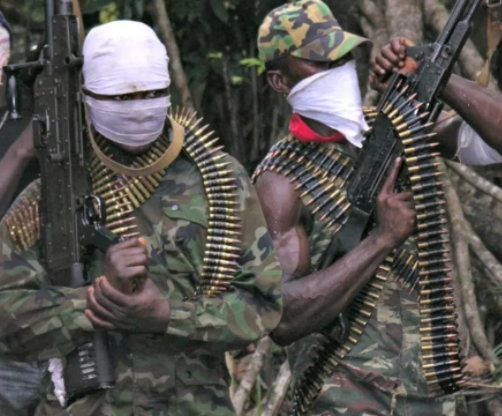 Tension in Ihiala as gunmen and security operatives clash

There was tension in Ihiala Local Government Area, Anambra State, on Tuesday as suspected operatives of the Eastern Security Network (ESN), the militant wing of the Indigenous People of Biafra (IPOB), engaged the police for over three hours at Osumoghu junction.

The attack came during the supplementary governorship election holding on November 9 in Ihiala.

It was gathered that the gunmen were seeking to enter Ihiala through Imo State. Mbosi and Osumoghu, the Ihiala towns where the attack happened, are border towns, with communities in Imo State.

The joint security operatives comprising of mobile policemen, Army, Navy and other security agencies prevented journalists trying to pass Osumoghu junction. The journalists were told by the police to go back as there was a gun battle taking place ahead.

“You have to go back for your own good. For three hours now, we have been exchanging fire with your IPOB brothers,” a police officer told the journalists, according to Daiilypost.

“Our men are in the bush now, and it will be risky for you to take this route,” the security operatives advised journalists.