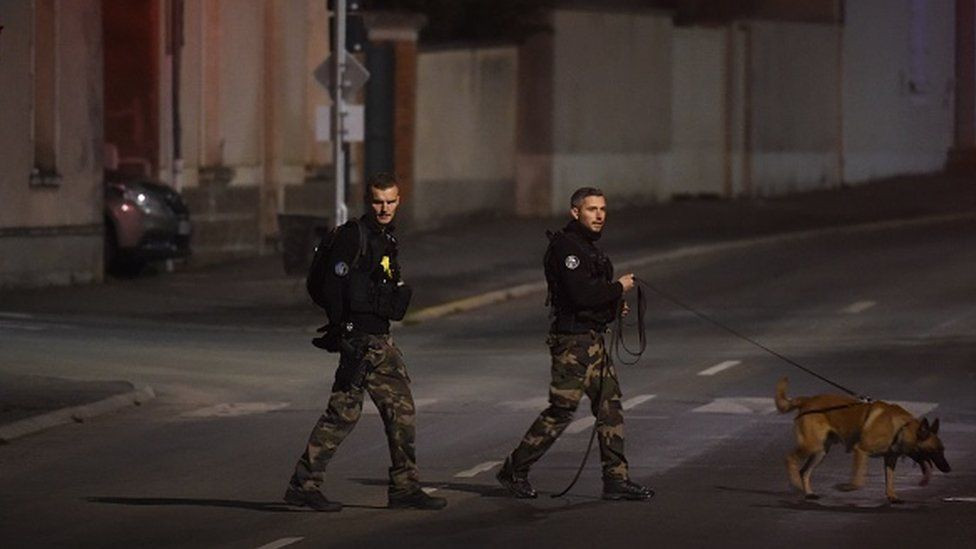 A teenage girl who disappeared while jogging in north-west France on Monday, November 8, but was found alive after a huge hunt by police has said she escaped an attempted kidnapping.

The 17-year-old was found in a state of shock in a kebab restaurant about 10km (six miles) from where she had gone running.

She was receiving medical care after she went missing in the Mayenne region, east of Rennes.

The teenager, a regular runner who has not been named, left her home for the local Bellebranche forest at around 16:00 on Monday.

The girl’s father went looking for her after she failed to return home, and called the police three hours later. When searching his daughter’s running route, the father found her phone and GPS watch, with traces of blood.

Police searching for the girl examined data from her running app, which showed her jog had abruptly ended in a rural area.

A search involving some 200 police officers, rescue dogs, divers and a helicopter was launched.

French media reports say she told police she had been held captive by kidnappers but managed to flee.

Prior to the girl being found, local prosecutor Céline Maigné told reporters that she had opened a kidnapping inquiry but “no line of investigation” was being ruled out.

On Wednesday, November 10, Ms Maigné said a man who was arrested while intoxicated on Monday evening was released and was no longer a suspect. He had been been questioned in custody to clarify some inconsistencies in initial statements made to officers.

French media reports say the girl was not able to identify her captors, nor the place where they attempted to abduct her.

The BFM TV channel said the girl had blood on her when she entered a kebab restaurant at about 20:00 on Tuesday.

The channel said it spoke to a witness who lives near the restaurant.

The witness said the girl “escaped from the vehicle of her kidnapper and found refuge” in the restaurant. The girl asked for help and “suddenly the kidnapper fled”, the witness said.