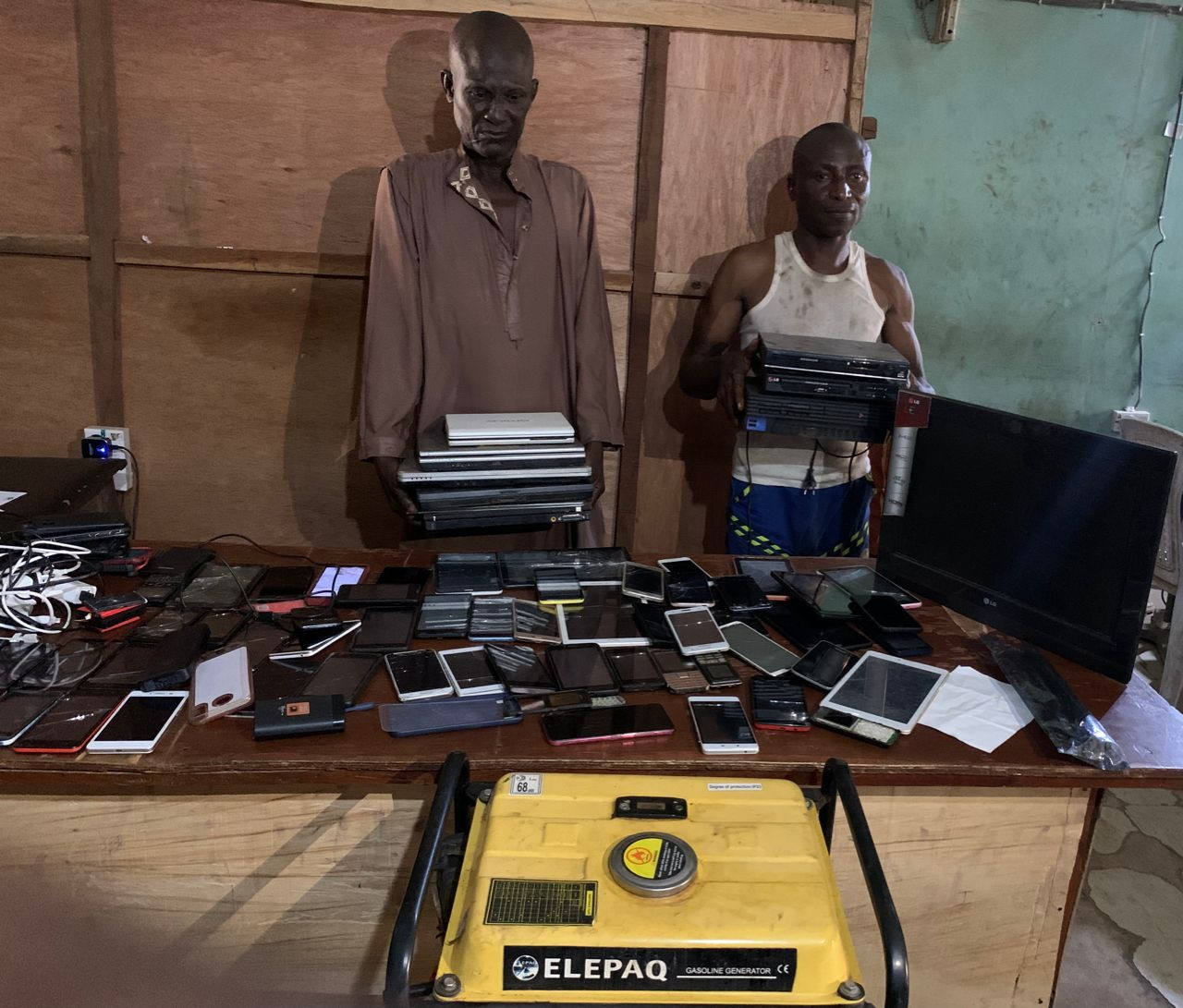 Kwara State Command of the Nigeria Security and Civil Defence Corps has arrested a 60-year-old man, Bolaji Olarongbe and his 45-year-old accomplice, Moshood Shittu for alleged housebreaking and theft.

Spokesman of the command, Babawale Afolabi described Olarongbe as a receiver of stolen items and Shittu as the suspect who goes around to burgle people’s houses.

Shittu was arrested following a complaint filed by one Yemisi Adefila (41), a resident of Oko Oba area of Gaa Akanbi in Ilorin. Upon being interrogated, Shittu confessed to the alleged crime and also took NSCDC detectives to Olarongbe’s house located at G220 Yeketi Compound, Bolanta area of Ilorin, where various stolen items were recovered.

“On Sunday, 07/11/2021, around 1300 hours, we received a complaint from one Yemisi Adefila (41) a resident of Oko Oba area of Gaa Akanbi in Ilorin, who came to report a case of housebreaking.

“She accused one Moshood Shittu of breaking into her parent’s house and carted away GoTV decoder, cylinder, DVD player and other valuables.

The state Commandant, Iskil Ayinla Makinde has ordered full scale investigation into the matter, after which the suspects will be charged to court.