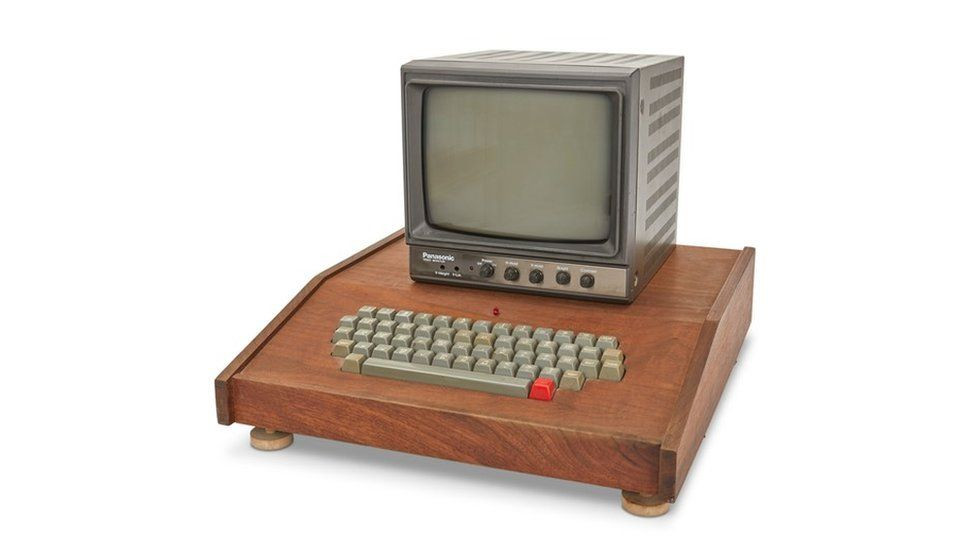 The rare Hawaiian koa wood-cased Apple-1 – still functioning – is one of only 200 made and sold in kit form.The koa wood case of the auctioned model was added by a pioneering early computer retailer, ByteShop, in California, which took delivery of around 50 of the Apple-1 machines.

The computer has only had two owners, a college professor and his student to whom he sold the machine for $650, said John Moran Auctioneers in California.

“This is kind of the holy grail for vintage electronics and computer tech collectors,” Apple-1 expert Corey Cohen told the Los Angeles Times ahead of Tuesday’s auction in the city of Monrovia, near Los Angeles.

“That really makes it exciting for a lot of people.”

Jobs, Wozniak, and Ronald Wayne founded Apple on 1 April 1976 in a garage in California.

To help finance the Apple 1 production, Jobs sold his VW Microbus, while Wozniak sold his HP-65 calculator for $500.

In 1976, the machines were sold for $666.66, reportedly because Wozniak liked repeating numbers.

It is believed there are around 20 such computers in the world still capable of functioning.

Singer Mr Eazi and his girlfriend, Temi Otedola, share more photos and video from their baecation