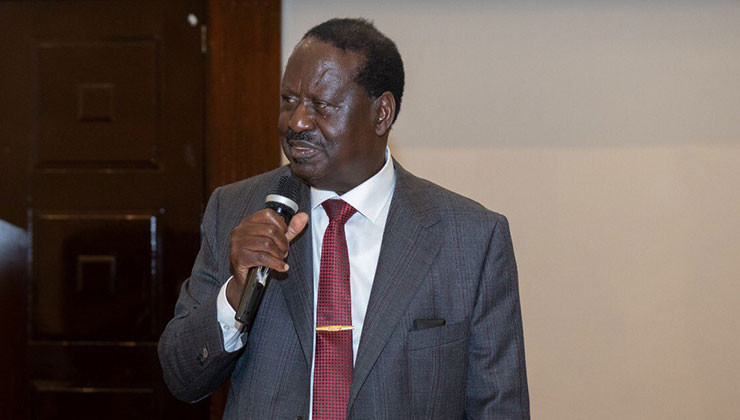 The Orange Democratic Movement party leader who was speaking during a meeting with Lower Eastern leaders at Chungwa House, stated that men work for only 1 second during procreation while women struggle for 9 months.

According to him, women deserve utmost respect and care since they are the givers of life. Odinga said;

“A woman is a human being like you, they have also been born like you. If your mother was not there you couldn’t have been born. There is no one in this world who was begotten by just a man.

“In procreation, a man’s work only takes one second while women carry the burden for 9 months. They go through sickness during the pregnancy and later have to lactate the baby after delivery. We must therefore respect women.”