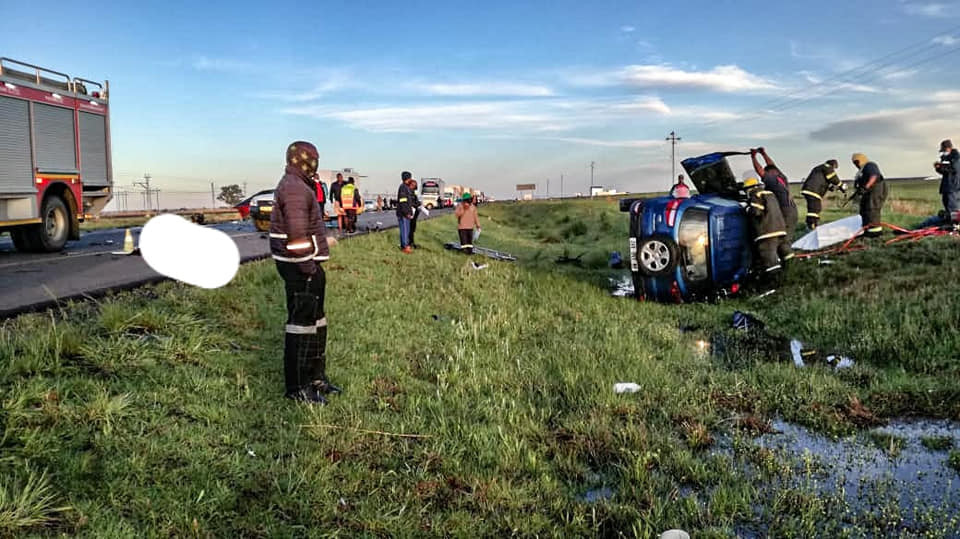 A 31-year-old man who allegedly stabbed his girlfriend to death has died in a car crash while trying to conceal her body in South Africa.

Police spokesperson, Brigadier Selvy Mohlala, said the boyfriend of another woman who had helped hide the death is in a critical condition following a head-on collision which occurred along the R23 road in Standerton, Mpumalanga, on Tuesday morning, November 9.

Brig Mohlala said when police arrived at the scene of the accident, they found three dead people and a survivor. One of the deceased, a woman, had been stabbed.

“Police are investigating a case of murder after three (3) people died in a horrific accident on R23 road near Standerton and one injured person was admitted to Standerton Hospital,” Mohlala said in a statement on Wednesday.

“Earlier on it was believed that it was indeed just an ordinary accident however upon intensive investigation by a team of Detectives, the evidence proved otherwise as it was discovered that, the couples were having party at one of the couple’s flat

“Then the second couple was allegedly involved in an argument and as a result a 31-year-old man stabbed his 33-year-old girlfriend to death. The other couple assisted him to load the dead body in the motor vehicle of the deceased with the intent to conceal the body