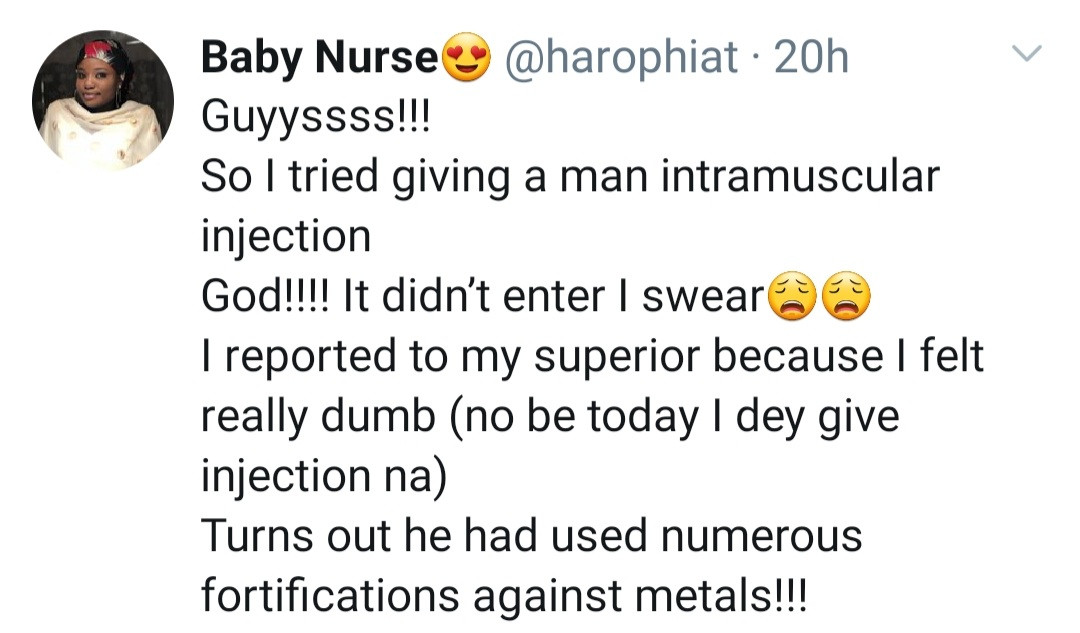 A nurse has narrated an unusual encounter with a patient whose skin could not be penetrated with a needle.

She explained that several attempts to inject the patient were futile so she reported to her superior.

It was later discovered that the man had ‘fortified his body’ so that no metal, be it bullets or knives, can penetrate his skin.