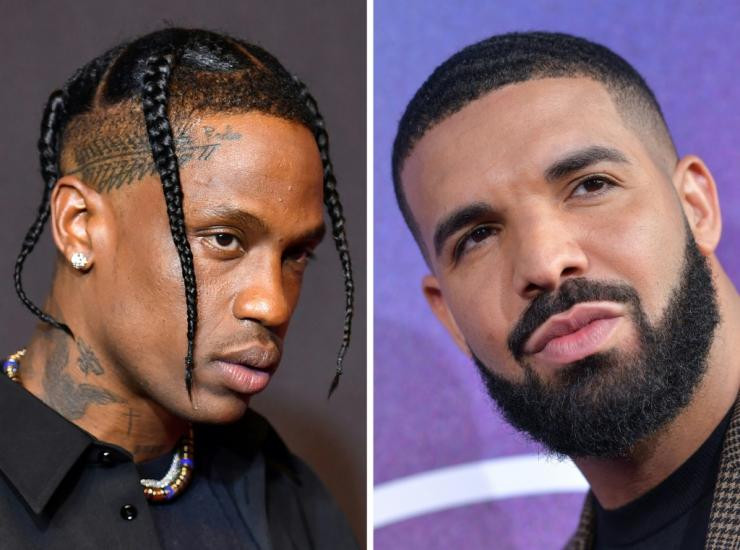 Travis Scott reportedly went to a post-show party at a Houston sports bar hosted by Drake after eight people died in a stampede at his Astroworld Festival.

The rapper, 30, was spotted arriving to meet up with Drake, 35, at Dave and Busters sports bar in Houston and was not aware of the scope of the tragedy, a source claimed.

‘Travis didn’t know the severity of the situation when he arrived at the party,’ a source told TMZ.

‘As far as timing, this remains consistent with the fact that no one including the police had publicly confirmed the gravity of the events that had taken place.’

But a ‘mass casualty event’ had been declared by the fire department 30 minutes before he finished his set.

Scott and Drake are being sued for ‘inciting mayhem’ at the concert which left more than 300 requiring treatment at an emergency field hospital set up in the aftermath, including dozens who were knocked unconscious.

Texas attorney Thomas J. Henry is representing 68 victims in a lawsuit against Scott and Drake, as well as the organizers Live Nation and the venue, NRG stadium, with dozens more cases expected to follow.

‘More and more injured victims are contacting my firm by the hour,’ said Henry. ‘While we are all still working to understand the full scope of the Astroworld tragedy, I believe the damages suffered by its victims could total in the billions.’

Furious relatives of the victims are demanding that Scott be held accountable for the tragedy after he continued performing while crowds chanted ‘stop the show.’

The rapper, who said he was ‘devastated’ about the deaths and couldn’t ‘imagine anything like this happening,’ has twice been convicted for encouraging fans to jump security barriers and rush the stage at previous concerts.

Drake, 35, called it a ‘devastating tragedy’ in an Instagram post-Sunday night, saying: ‘My heart is broken for the families and friends of those who lost their lives and for anyone who is suffering.

‘I will continue to pray for all of them and will be of service in any way I can. May God be with you all.’