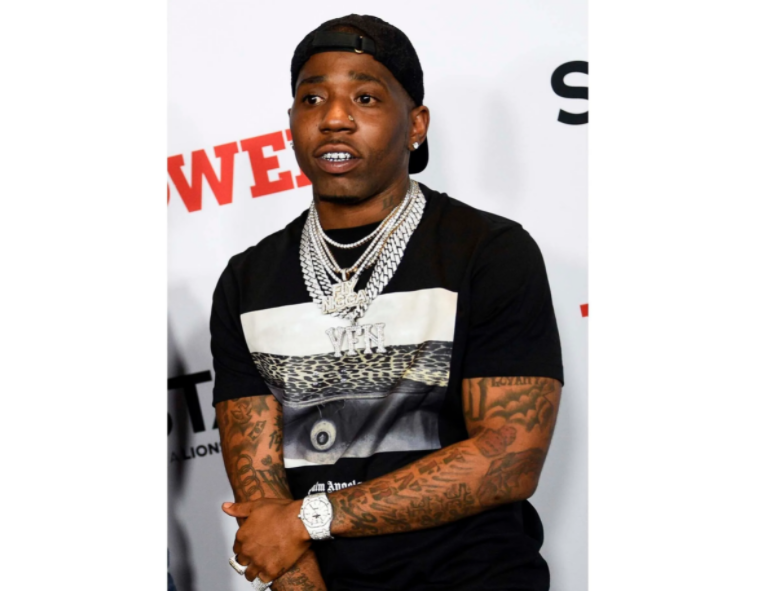 A May 2022 trial date has been set in YFN Lucci’s murder and racketeering case.

The American rapper was arrested in December of 2020 on multiple charges including murder in connection to an alleged gang shooting that claimed the life of 28-year-old James Adams.

Lucci had a bond hearing today where a judge set a trial date for the case for May 12, 2022, according to online Fulton County records. He maintains his innocence.

YFN Lucci has been locked up since December 10, 2020, when he turned himself in to the Fulton County jail after a warrant was issued for his arrest.

He bonded out in February 2021 but returned to jail in May after being indicted in a racketeering case connected to the murder and alleged gang activity. Lucci was named among a dozen others in the case, which listed various crimes allegedly committed by the Bloods street gang–which Lucci is accused of being a member of.

When news first broke about the case, there was a 75-page, 105 count racketeering indictment, which Fulton County DA Fani Willis said is “unprecedented”.

At the time, Lucci’s lawyer Drew Findling said his client is not guilty of the charges he’s accused of and has no affiliation with any street gangs.

“He’s not a gang member,” Findling said. “What he is is an internationally recognized musical artist that is a triple platinum winner, that has performed all over the United States and all over the world.”

Fulton County Sheriff Pat Labot spoke with WSBTV about Lucci. “We do treat charges more so than the celebrity status and he is certainly in our maximum security area,” said Sherif Labot.

With bandits now collecting VAT and installing their imams and local chiefs, we are literally heading to Kabul