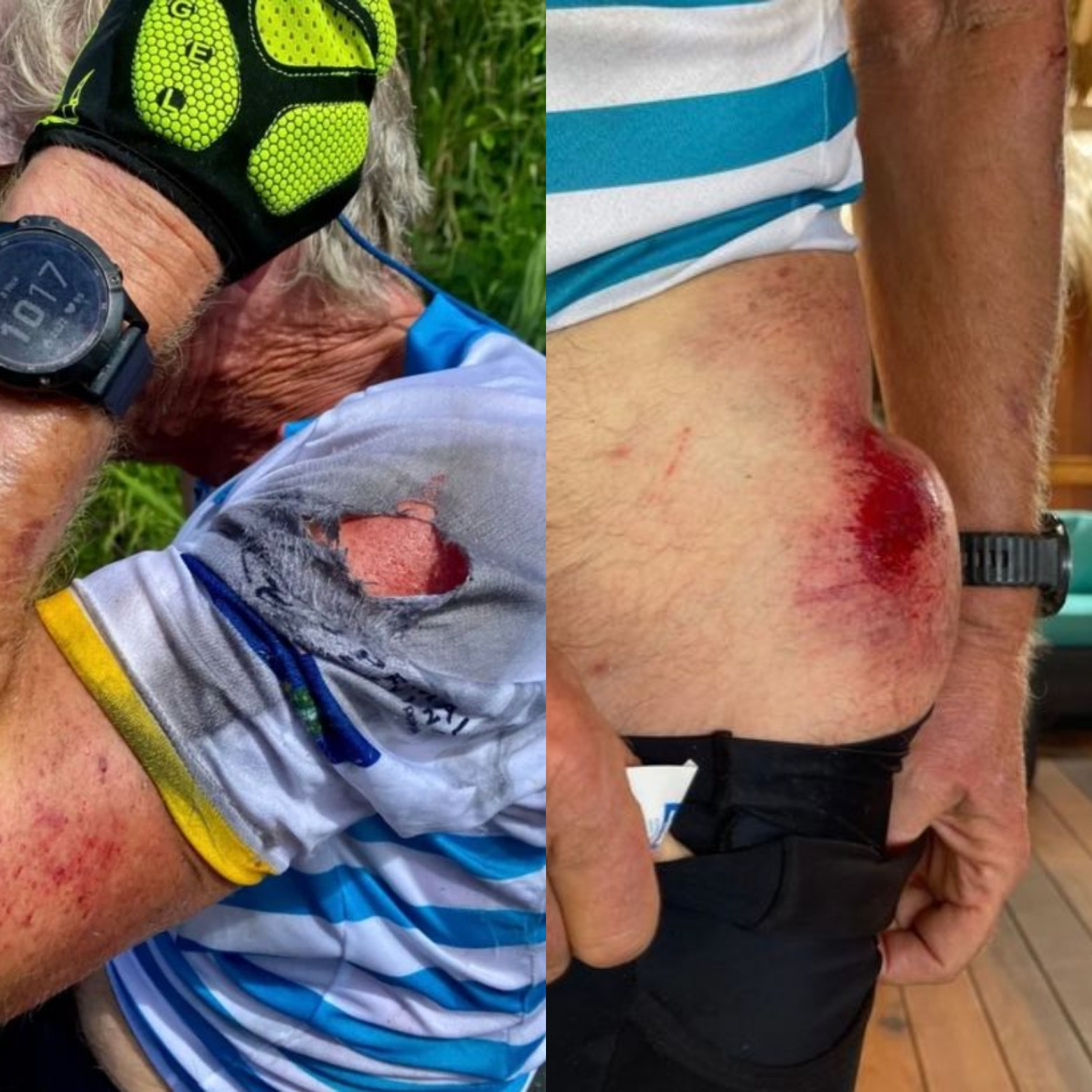 Virgin boss, Richard Branson, 71, has been left with horrific injuries after getting involved in a bike crash in the British Virgin Islands.

The business icon was involved in a charity endurance race when the brakes on his bicycle failed and he crashed, leaving him with severe cuts and bruises.

Richard was on the island of Tortola when the incident occurred, and revealed he had an “extraordinarily big bump” on the top of his head, alongside lacerations across his body.

The Virgin founder could be seen holding an ice pack, with a tear in his shirt across his shoulder which showed reddened skin beneath.

His biking partner explained: “We had to brake very hard, there was a van in front of us.

“Richard, in a very nice and gentle manner said to me, ‘My brakes are failing!’

“Next thing I know, he jumped on my bike and we both crashed. I’ve never had someone push me off the road and apologise in advance. It was very gentle and nice of him, I’ve got to say!” he said.

It isn’t the first bad cycling accident Richard has suffered, after cracking his chin and tearing several ligaments in 2016.